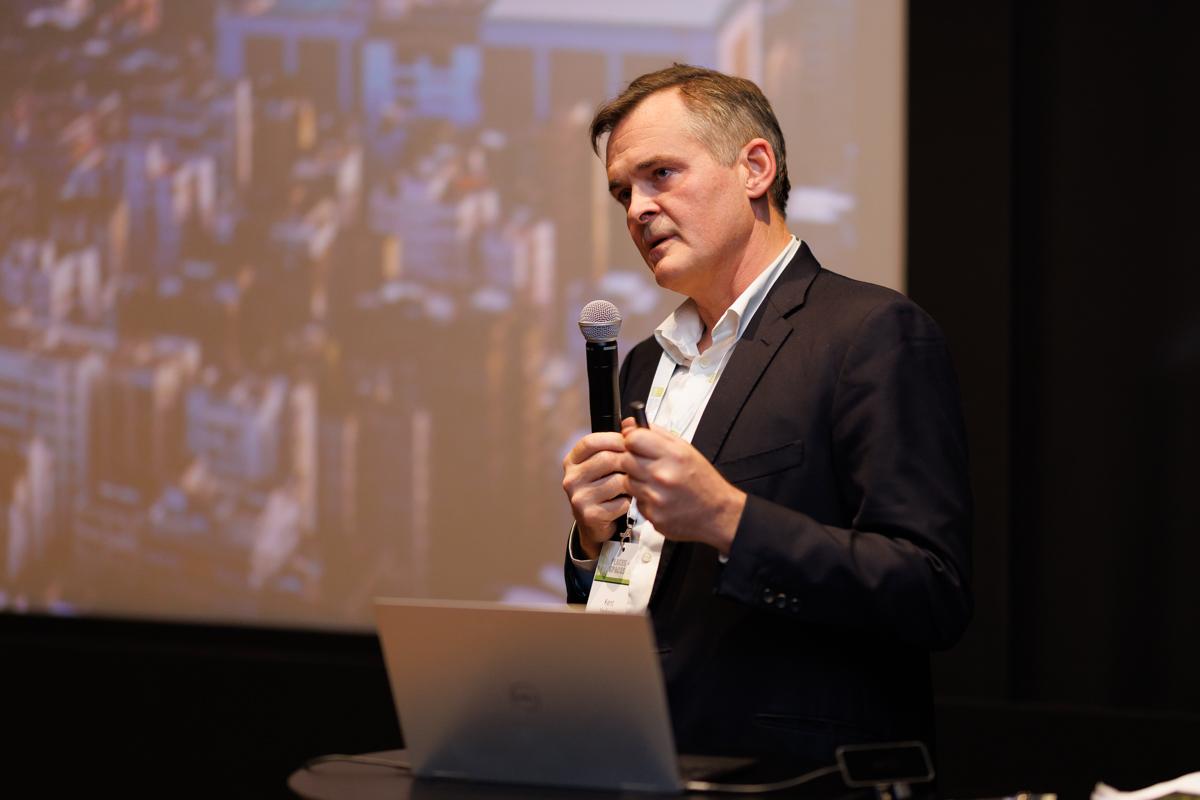 The net zero building is the current and long-term holy grail of the real estate industry. Planting trees to offset carbon was by and large a fallacy, so we have to concentrate on buildings. Urban Sequoia, a project of carbon negative building is an example of companies taking the lead and developing innovative buildings without the client. The “Triple Zero Standard” is the new paradigm in sustainable real estate. The construction industry is too reliant on concrete and steel. Companies need to be braver in trusting technology and innovation, and not wait for others to take the lead, concluded the experts at the Urban Land Institute (ULI) Poland PLACES + SPACES conference.

Urban Sequoia: building a carbon negative future.
"Planting trees to offset carbon, was by and large a fallacy, so we have to concentrate on buildings. Cities emit 75% of global carbon emissions. But could it be that in the future cities even offset carbon? The world’s-built area will double by 2060 which, at today’s rate, would mean that cities would emit double the amount of carbon," explained Kent Jackson, Partner at Skidmore Owings and Merrill (SOM).

But could we make it that cities would act like forests? Could a building act like a tree, removing carbon from the atmosphere? That was what the company wanted to achieve with the ‘Urban Sequoia’ project. If buildings could be treated like a living organism, where they act like a tree, we could optimize both natural and technological systems to be more self-sufficient, saving us 30% of carbon emissions. The construction industry is too reliant on concrete and steel. The material waste could be reduced if building components could be prefabricated and modular, reducing carbon by about 15%. "We can no longer simply do what is easy - we need to use more nature-based materials that can absorb and sequester carbon. By embracing these advances, we could reduce carbon emissions by a further 50%,” claimed Jackson - turning buildings into sources of energy that also capture carbon in the air, much like a tree.

His company’s ‘Urban Sequoia’ was a project that they didn’t have a client for but decided wanted to challenge themselves. "We’re at a moment in time where you can no longer wait for an ambitious client to come forward. The aim was not only to create a carbon zero building, but a carbon negative one, emphasized Jackson. "Through these collective steps and applications, we could leverage all these new and existing technologies, we could save 210% of our carbon emissions, making all our buildings of the future carbon negative,” In addition, Jackson said, "we could breathe life into our buildings and make them far healthier."

Leading the way towards carbon-neutral developments:
Eva Sterner, Stockholm based Head of Development at Logicenters, NREP, a real estate investor in the Nordics across several sectors, explained, that the company has committed itself to a carbon neutral portfolio by 2028, along the lines of the ‘Triple Zero Standard’, “a new paradigm in sustainable real estate”. The three elements that Logicenters aims to achieve zero in are: operational carbon, embodied carbon, and cost. To this end, the investor/developer has started a pilot development, the first of three. The pilot will be a basic, typical warehouse of 20,000 sqm. Under the ‘triple zero’ approach, the company expects to reduce its carbon footprint by 60%. And if a carbon sink is added, they expect to reduce it down to a zero-carbon footprint.

In terms of the project, the biggest material used is concrete, and this has to be replaced by something that impacts the environment less. Can the steel structure be changed to wood, likewise the walls and the roof? Logicenters is looking across the globe for companies that are researching and developing products that are more CO2 efficient. "This is the key to future success: can we ally ourselves with companies that are developing new ways of doing things," said Sterner, referencing a company that is replacing the steel in dry walls with paper, and a US company that is producing bio-cement in Denmark along the principles of ocean corals. Another example is hemp, a material that seems ideal for insulation. "It can grow in 150 days and captures CO2, and it’s been tried in residential, so we’ll be using that," she stated. "The company that produces the hemp needs capital. We can invest in these companies and really can make a change. The pilot scheme is twice as costly as a regular project, but the pricing will come down over the next five years. “Accelerating scale to expedite change is done together.”

"There is no simple cure for climate change, and we need to take a lot of small steps. Taking into account how big the impact the cities have on carbon neutrality, it is clear that the real estate business needs to take the lead in finding and initiating sustainable solutions. Some progress has been made but we are far from there yet. Companies need to be braver in trusting technology and innovation, and not wait for others to take the lead," summarized Soren Rodian Olsen, Chair of ULI Poland.