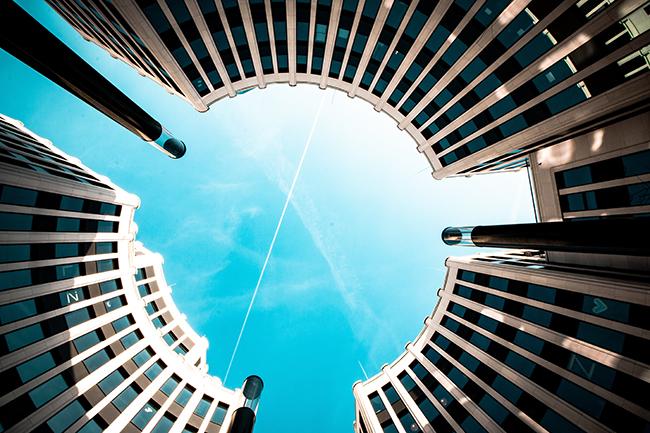 For a variety of reasons, Germany’s real estate market has come under pressure in the course of 2022: Underlying causes include the rise in interest rates and construction costs, the energy price shock and the economic slowdown. The first skid marks are already visible in the market, as experts have registered a modest softening of residential and commercial real estate prices. As far as CR Investment Management and Trei Real Estate can see, price-to-rent ratios have declined by a few points while price drops are limited to less than 5 percent of the asking prices, whereas an analysis by Colliers returned an average discount of 10 percent across all transactions. There are various factors propping up prices – including the high rate of inflation and the strong demand for residential real estate. Generally speaking, experts anticipate an increase in market differentiation. Both in the office and in the residential segments, the type of properties deemed most stable-valued are those that comply with ESG standards. Since neither the duration nor the direction of the crisis are foreseeable at this point, further price corrections on all of Germany’s Big 7 markets are to be expected across all types of use. The year 2023 will see an increase in the number of non-performing loans (NPL). These are the key findings presented at an online press conference headlined “Trend reversal on the real estate market: Which way are prices in the residential and office segment trending?” Panelists included Christian Kadel, Head of Capital Markets Germany at Colliers, Pepijn Morshuis, CEO of Trei Real Estate, and Claudius Meyer, Managing Director of CR Investment Management GmbH.

Price-to-Rent Ratios for Residential Properties Softening by One to Four Points Nationwide
Christian Kadel, Head of Capital Markets Germany at Colliers, started out with an overview of the office market. Kadel noted a modest increase in prime yields that began during the first quarter of 2022: “These rose from 2.7 to 3.0 percent. Despite the high degree of uncertainty, transactions continue to move ahead on the market, closed primarily by equity-rich investors.” Particularly exposed to challenges are those owners whose properties are occupied by commercial tenants with a high energy consumption. “Occupiers are much more closely scrutinised now in regard to their ability to shoulder their energy costs.”

In the residential segment, Colliers has observed a decline in the price-to-rent ratios of residential real estate by one to four points across Germany. “Analogously, we have seen yields harden. However, there are a number of factors that bolster prices and have a tempering effect: For one thing, demand for residential real estate remains as strong as ever. In addition, new-build construction is in decline, which benefits the existing stock of buildings. Another factor propping up the rents of standing properties is the continued influx into the cities.”

With a view to the coming twelve months, Kadel said: “We expect to see further price corrections in all of the Big 7 markets and across all types of use. Transaction volumes have been shrinking and will continue to do so. Office properties meeting top ESG standards take exception to this trend. The downstream effects of the high rate of inflation remain unclear at this time. But the tendency of commercial real estate to act as inflation hedge could arguably stimulate demand.”

Increase in Equity-Financed Deals, Discounts Below Five Percent
Pepijn Morshuis, the CEO of Trei Real Estate, has only noted minor asking price discounts on the market so far. “The deviations remain below five percent. We are seeing deals closed with significantly higher equity ratios now. Just recently, for example, two of three large transactions, each one having a volume of over 50 million euros, were purely equity-financed deals while the third one was leveraged at 50 percent,” said Morshuis.

He went on to emphasise that the level of interest, while being an important pricing variable, is not the only one. “Other important variables include economic growth, the availability of capital, and real interest. The latter is, of course, negative in Germany, given the current inflation rate of 7.9 percent.”

He also expects a stronger differentiation among the asset classes. “Residential and logistics are rather on the winning side of the latest trend, whereas office, hotel and retail properties are likely to be among the losers,” said Morshuis.

Crisis Could Ease the Strain on Property Markets in Major German Cities
Claudius Meyer, the Managing Director of CR Investment Management GmbH, confirmed the observations made by the other panelists. “We are seeing price discounts of up to five percent. In addition, debt ratios have dropped by up to ten percent since 2021.” Meyer, too, predicted a stronger differentiation of the real estate market. “In the office segment, for example, back-office locations are coming under pressure. Conversely, the values of ESG-compliant products remain more stable than the market average.”

Meyer expects to see the strain on the metropolitan property markets ease a little. “A certain share of those developer who sometimes paid good money for plots of land in recent years and had these acquisitions financed will be forced to sell at some point in the future.”

The number of distressed loans will typically increase during times of crisis. “We anticipate an increase in NPLs to a volume of c. 40 billion euros in 2023.”