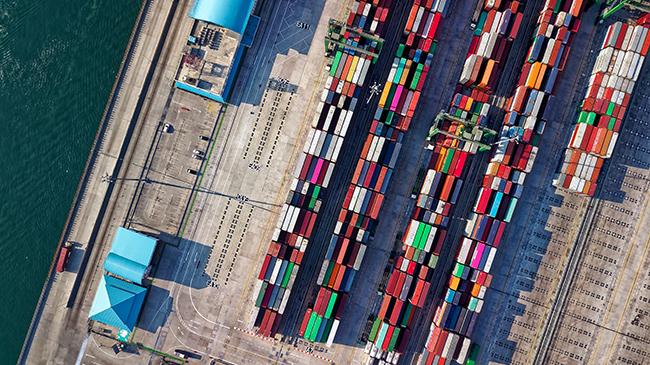 The disruption of supply chains has a negative impact on running a business according to 47% of entrepreneurs, according to the Scanner SME study conducted for the Register of Debtors BIG InfoMonitor in Q3 2022. Every third entrepreneur indicates a reduction in sales, the necessity to looking for replacements and new suppliers, and 31% reports a decrease in profit.

"In the long term, we can expect even greater increases in production costs, which will directly translate into the prices of goods and services. Inflation, in itself, is indicated by only a few as a negative effect of interrupting the supply chain," said the president of BIG InfoMonitor Sławomir Grzelczak.

Transport and industry and trade are the industries most affected by broken supply chains. Compared to other sectors of the SME sector, trade entrepreneurs most often reported the need to dismiss employees and discontinue business continuity.

"Over the years, the transport industry has benefited from the benefits of the global supply chain. Unfortunately, the probability of difficulties and payment bottlenecks is extremely high in a constantly changing world. The war in Ukraine only confirmed the need to adopt new strategies and introduce changes in the functioning of supplies. However, this is not the case. easy, the more so that almost 42% of the surveyed companies from the transport sector recorded lower income," pointed out Grzelczak.

In the third quarter of 2022, 41% of the surveyed companies from the industrial sector indicate the need to look for new suppliers as the most severe consequences of interrupting supply chains.

Until now, most companies chose a supplier due to the availability of materials, not location, by establishing a single contractor from one region of the world. The shortages of raw materials also turned out to be problematic, almost 28% of respondents were forced to look for substitutes, according to the report.

Data from the BIG InfoMonitor Debtors Register and the BIK credit information database show that the problems of shipping companies, especially those operating in land, passenger and water transport, are deepening. During the year, about PLN 203 million of new unpaid liabilities were added to enterprises providing passenger transport services and about PLN 52 million in water transport, it was also study.

At the end of July, overdue non-credit and credit obligations of companies from the industrial sector visible in BIG InfoMonitor and BIK amounted to over PLN 6.6 billion. Nearly PLN 2 billion. Problems with delayed payments on the part of the paper industry are also deepening, during the year the arrears increased by almost PLN 76 million and amount to PLN 229 million, the study stated.

The sum of the arrears of the entire trade industry is one of the highest among all sectors and amounts to over PLN 8 billion, however, over the last year it has decreased by over PLN 360 million. Most of the unpaid loans and liabilities to contractors fall on the wholesale trade, however, it is in retail trade that arrears are growing and almost PLN 59 million of debts have increased only in the last 12 months, according to the study.

The survey was carried out on July 7-28 this year. as part of the "SME Scanner" project, by the Keralla Research Institute, conducted quarterly among micro, small and medium-sized enterprises on a sample of = 500, using the technique of telephone interviews.