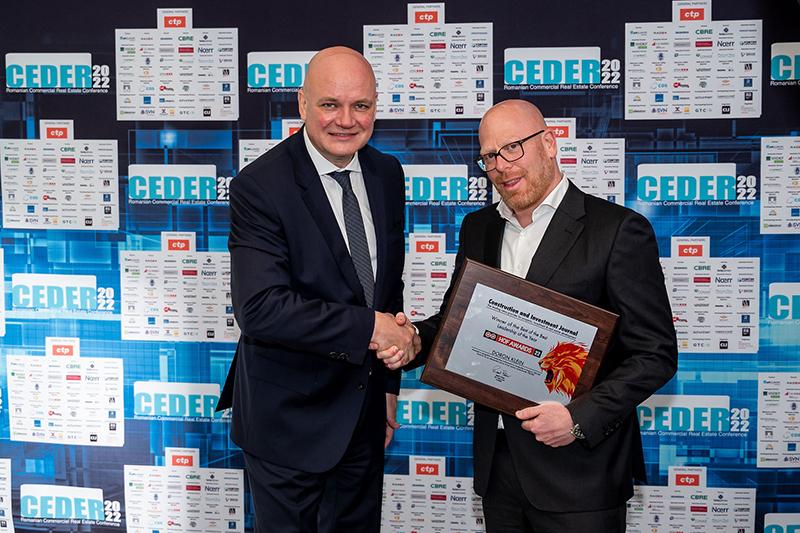 Doron Klein received his win for Leading Leadership of the Year CEE/SEE HOF Awards at CEDER Conference on 26th of May, at Radisson Blu Hotel, in Bucharest from Robert Fletcher, CEO/Editor in Chief of CIJ EUROPE.

Doron has an MBA degree from the University of New York in Prague, Czech Republic and he is fluent in Hebrew, English and Czech.

The 7th annual edition of the HOF Awards was held on 21st April 2022. The Best of the Best Hall of Fame Awards is the climax of the CIJ Awards series, pitting the winning projects and companies from around Central & Eastern Europe against each other to determine who the Best of the Best really are. This year’s event featured entries from the Czech Republic, Hungary, Poland, Romania and Slovakia. In the event’s innovative and transparent voting system, a select group of real estate leaders from the region’s vote as a jury in combination with votes from CIJ readers from around the region.