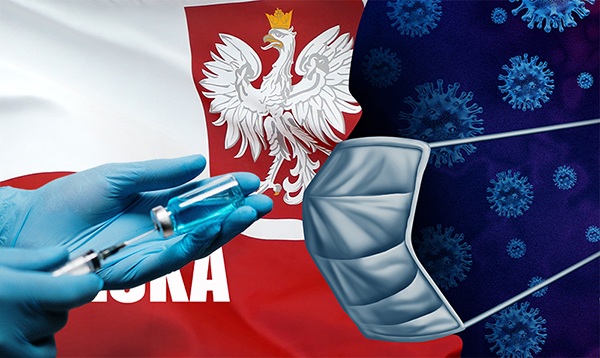 Government Plenipotentiary for Vaccination, Michał Dworczyk, maintains that 20 million vaccinations will be carried out as part of the National Immunization Program (NPS) by the end of Q2. About 1.1 million vaccines that were to be delivered to Poland yet in April, it will most likely be in early May. 1.6 million vaccinations are planned this week.

"We maintain the declaration that at least 20 million vaccinations will be performed by the end of Q2. These guidelines [...] will be implemented" - Dworczyk said during the press conference.

He informed that the number of vaccinations performed is increasing every week. In the last week, 1.4 million of them were performed (an average of 200,000 a day).

"This week we are planning further acceleration, we plan to carry out 1.6 million vaccinations, despite the fact that we are just ahead of us in a picnic" - he emphasized.

He noted that the delays in deliveries will translate into the implementation of the National Immunization Program, which means that some people waiting for the first dose of the vaccine may have a slightly delayed vaccination date.

It may also translate into delays in the launch of some universal vaccination points.

According to the manufacturers' announcements, these vaccines are to be delivered to Poland in May. "The declarations are that the current delays are to be made up for in May" - pointed out Dworczyk.

Asked if there are possible changes in deliveries, he said: "For now, we are talking about 1.1 million, which will not reach Poland at the end of April, but we have rather promising declarations at the beginning of May".