Ebury: It is more and more likely that the target interest rate will be will be about 4% 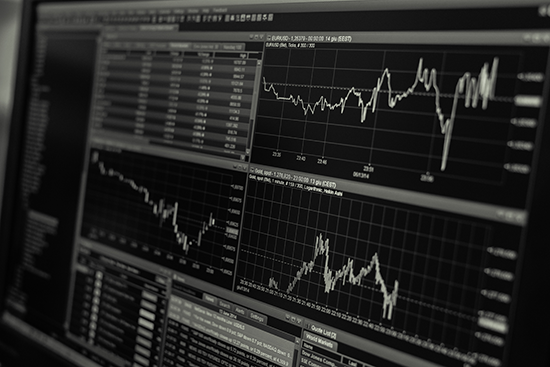 It now seems more and more likely that the target interest rate in Poland will be around 4%. This view is supported by Friday's flash CPI reading in December, which once again exceeded expectations, showing the level of 8.6%. The focus is now on the December US inflation report, estimate Ebury analysts: Enrique Diaz-Alvarez, Matthew Ryan, Roman Ziruk, Itsaso Apezteguia.

Below is Ebury's comment
Treasury bills are still lagging behind - the Fed withdraws from purchases and no one else seems to be interested in them. It is remarkable how little the dollar has gained from the jump in nominal and real yields, after which the 10-year bond yield was close to a two-year high of around 1.8%. Despite these turbulences, the euro held surprisingly strong and ended the week almost unchanged in tandem with the dollar. The pound experienced a strengthening against the main currencies and again reached the top of the G10 table.

It was a mixed week for EM currencies, but given the bond market turmoil, the move was moderate. The last days have been exceptionally favorable for the CEE currencies. It seems that investors looking for higher rates of return are turning their attention to a region where central banks continue to raise rates.

Attention is now turned to the December US inflation report, which will be released on Wednesday, 12.01. Inflation reports will also be released for many emerging market countries. Any signal that inflation is at a peak can drive debt prices up. Bond sentiment, however, is sensitive after last week's sharp sell-off and another upward surprise on US inflation could be a challenge. If that happens, the chaotic bond sell-off should support the dollar, at least in the short term.

PLN
Last week, as expected, interest rates were raised by the Monetary Policy Council. Everything indicates that the reference rate, currently at 2.25%, will increase even more. 3% can be considered the minimum level. Interest rates at this level, in line with the rhetoric of the NBP governor Adam Glapiński, will not hurt the economy. Currently, especially after Friday's flash CPI inflation reading, which surprised upwards again showing 8.6% in December, it seems more and more likely that the target interest rate will amount to around 4%. We assume that the recent appreciation of the zloty is justified and we expect the appreciation of the Polish currency to continue in the coming weeks.

We are counting on the lack of a strong escalation of the situation in the East, which is one of the greatest risks for the further appreciation of the zloty that we see. In this context, it will be worth observing the outcome of the talks between the US, NATO and the OSCE with Russia during the week. In addition, on Friday, 14.01, we will get more detailed, final data on CPI inflation in Poland in December.

EUR
The following month brought further upward inflation surprises in the euro zone. Contrary to expectations, inflation increased again. The main measure reached 5% and the base measure stabilized at 2.6%, further evidence that inflationary pressure is also spreading across the currency bloc.

We believe that the next big change in the ECB's policy will be the central bank noticing that the tightening of the policy cannot wait until 2023. During her speech at the weekend, Isabel Schnabel emphasized the potential inflationary consequences of switching to green energy, which suggests that the ECB council is beginning to form hawks objection. If and when a change in approach becomes more visible, it should give the euro a solid boost.

USD
The signals from the two main components of the US non-farm payrolls report in December were mixed - the survey among companies showed weaker results, while among households it was much stronger. Overall, the report suggests that the US is close to meeting a reasonable definition of full employment and that the increase in supply will not be sufficient to ease inflationary pressures any time soon. The outlook for any fiscal tightening remains distant, which only increases the pressure on the Fed to tighten monetary policy more quickly.

We currently expect the first interest rate hike in March and believe that four rate hikes in 2022 are realistic. Wednesday's inflation report remains in the spotlight of investors in all financial markets. The headline and base metrics are expected to rise again to their highest levels in decades, and we see no reason to disagree.

GBP
The pound outperformed similar currencies during the quiet post-holiday week, still benefiting from the hawkish return of the Bank of England, which raised interest rates in December as the first of a big three of central banks. An almost unanimous vote then 8 to 1 suggests to us that another rate hike in February is now very likely and the market is pricing in four full (25bp) hikes in 2022. The Bank of England would then be one of the most aggressive tightening of G10 central bank policy.

This week we will not get much macroeconomic news from the UK apart from Friday's GDP reading in November. We still see room for a better performance of the pound due to the low valuation of the currency and the relatively aggressive central bank.

CHF
The Swiss Franc experienced a sell-off last week and the EUR / CHF rate returned to above 1.04. Market optimism about the Omikron variant and market behavior suggesting a search for higher rates of return put the currency underperforming most G10 currencies.

If market sentiment improves in line with our expectations, the franc should remain under pressure. The Swiss National Bank's clear lack of concern about the strength of the currency and its very limited efforts to curb it indicate that the EUR / CHF increase we are expecting may however be somewhat smaller than we previously thought.