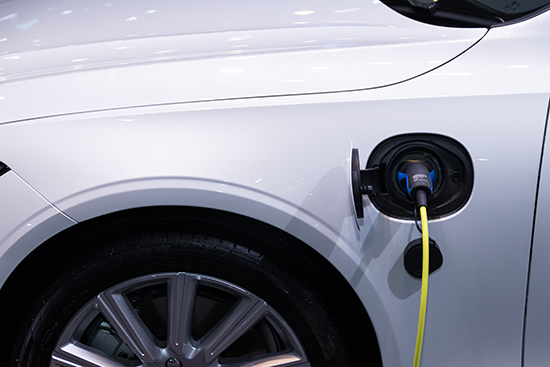 Charging stations for electric vehicles on lighting poles offered by Energa, subsidiary of the Orlen Group - will become part of the Orlen Charge network, Energa reported. After introducing all stations of Energa Obrót and Energa Lighting into the common IT environment, at the turn of 2021 and 2022, the total number of devices available in the Orlen Charge system will amount to nearly 430 stations.

The electric vehicle charging system offered by the Orlen Group has become the first and only one in Poland that will offer drivers access to this type of device. Currently, Energa Edukacja will update the software at stations installed as part of a pilot program in Gdynia (at Polska and Komandorska streets). The next stations that the company will build as part of the commercial offer will be included in the Orlen Charge IT network from the very beginning. The first devices of this type will be installed on lighting poles in Braniewo, Puck, Hel, Pelplin and Miastko.

First, under contracts with local governments, individual stations connected to one control system will be assembled. With the end of the current stage of the pilot program, conducted jointly with the authorities of the city of Gdynia, the company plans to expand its offer with coupled devices, i.e. installed several stations on one lighting circuit. What's more, each agreement with the local government will individually determine the rules for using devices in the Orlen Charge network, it was also stated.

Charging stations installed by Energa Lighting on lighting poles are built on the existing infrastructure, so they require fewer permits and administrative decisions. These devices are also very flexible - with a slight and easy modification, they can charge not only cars, but also other electric vehicles, such as the currently popular electric scooters.

The charging stations themselves operate with a power of 3 to 22 kW, depending on the operation of the lamp itself and its current energy demand.

From March this year. the integration of the Energi Obrót station with the Orlen Charge system is already underway. Currently, over one hundred of the company's stations are available within this network. The next ones will be made available as the technical acceptance of facilities built in eight cities (Gdańsk, Gdynia, Toruń, Koszalin, Elbląg, Olsztyn, Płock and Włocławek) is progressed by the Distribution Network Operator. The President of the Energy Regulatory Office has appointed Energa Obrót as their operator.

After introducing all Energi Obrotu and Energi Owietlenia stations into the common IT environment, at the turn of this year and next year, the total number of devices available in the Orlen Charge system will amount to nearly 430 stations - while negotiations are underway with other local governments regarding the installation of chargers on lighting poles, they summarized.

The Energa Group is the third largest operator of the distribution system in terms of supplied energy and the third largest seller of electricity to end users. The total installed generation capacity in the group's power plants is approximately 1.34 GW. From the end of April 2020, the company belongs to the PKN Orlen capital group.