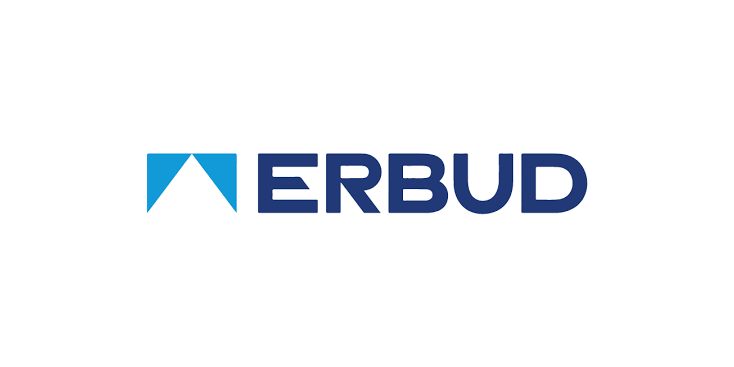 Erbud recorded PLN 21.35 million of consolidated net profit attributable to shareholders of the parent company in Q2 2021 against PLN 11.69 million of profit a year earlier, the company said in its report.

Erbud's order backlog was worth around PLN 2.85 billion at the end of H1 this year, of which around PLN 1.6 billion was in 2021, the company said.

During the first half of 2021, the Erbud capital group generated a net profit [total] from continuing operations of PLN 15,230 thousand compared to a profit of PLN 11,696 thousand in the first half of 2020. Net profit normalized by the impact of the valuation of employee shares series D of Onde SA amounted to PLN 43,573 million in the first half of 2021. The main elements influencing the generation of net profit compared to the comparable period are: very good EBIT result in the RES segment - PLN 46 392 million; adjusted EBIT of this segment is PLN 74 768 thousand; high base in the comparable period in the cubature construction segment abroad as a result of the sale of a development project - a retirement home estate in Duerren; purchase of 100% shares in IKR GmbH and one-off transaction costs in the amount of EUR 685 thousand as in after conversion at the average exchange rate of the National Bank of Poland it gives 3,115 thousand, according to Erbud's report.

In the first half of 2021, the group generated sales revenues of PLN 1,290,701 thousand. PLN, ie 19.01% higher than in the corresponding period of the previous year. In the first half of By 2021, sales increased in the segments of renewable energy, construction for industry in the country, sales for industry abroad. The other segments showed a decline in sales. The share of the RES segment in total sales amounted to 37.86% and was almost equal to the sales of building construction in the country (37.87%), it was also stated.

The Erbud Group is a Polish construction group that provides services in the residential, commercial, public utility, engineering, road and energy sectors in Poland and European countries. It has been listed on the Warsaw Stock Exchange since 2007. In 2020, it had PLN 2.23 billion of consolidated revenues.