Erbud will build a distribution center for Lidl for PLN 229.32 million 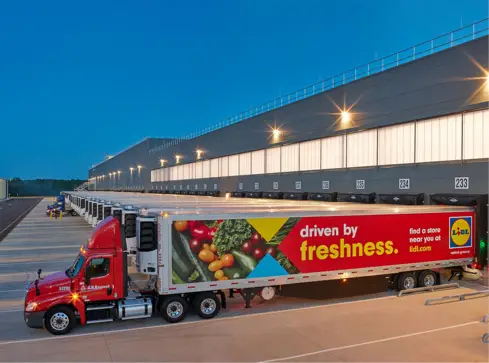 Erbud has signed a contract with Lidl for the construction of the Lidl Oleśnica Distribution Center in Dobroszyce, the company said. The contract value is PLN 229.32 million net.

The facility will be built at ul. Zakładowa 1 in Dobroszyce and will be one of the most modern facilities of this type in the chain's portfolio in Europe. The planned usable area of ​​the new Distribution Center is approximately 67,000 m2. Its construction will take a year, final acceptance is planned for April 2022. It will be Lidl's twelfth distribution center in Poland.

The signed contract is another cooperation between Erbud and the Lidl retail chain. In 2018/2019, the company built the Lidl Distribution Center with the associated infrastructure in Stargard in the West Pomeranian Voivodeship. The contract value was almost PLN 200 million. Erbud was also responsible for the reconstruction of Lidl's distribution centers in Bydgoszcz and Wyszków, it was also reported.

The Erbud Group is a Polish construction group that provides services in the residential, commercial, public utility, engineering, road and energy sectors in Poland and European countries. It has been listed on the Warsaw Stock Exchange since 2007. In 2020, it had PLN 2.23 billion of consolidated revenues.