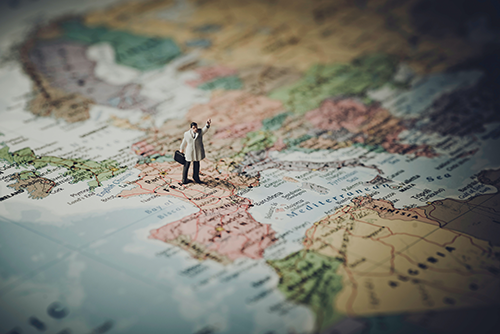 "In the case of Europe, the recovery in the tourism industry should come faster than in the US and Asia-Pacific regions - forecasts for the year 2024 means 771 million tourists, which is more than three times the record lowest level recorded worldwide in 2020, "the release reads.

The breakdown of tourists by region by Allianz Research and Euler Hermes indicates that Europe will be ahead of the rest, but is expected to lag behind the US and Asia-Pacific regions in terms of overall economic recovery, the material also shows.

"Our calculations show that the number of foreign tourist arrivals to Europe could reach 771 million already in 2024, which is more than three times higher than the 227 million visits recorded in 2020. Europe is likely to record more tourist visits than other regions. as it saw the largest decline in absolute terms in 2020, amounting to over 500 million international tourists.In addition, EU countries are expected to work together to better adapt to the abolition travel restrictions - Europe has the most to gain in terms of tourism recovery if it manages to develop an effective passport / vaccination card solution, 'they concluded.