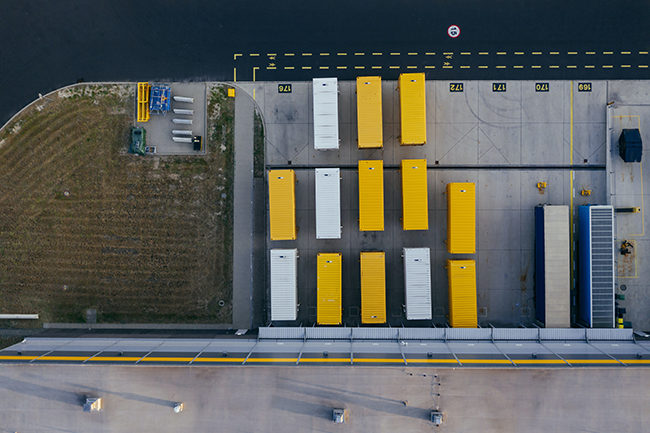 According to Savills, the European logistics market is on track for another record year, as investment volumes and take-up activity are already in excess of five-year averages at the half-year point. Take up in Poland in H1 2021 exceeded 3,000,000 sqm the first time in history and was higher than France, UK and Spain.

With an unprecedented amount of capital in the sector, investment into European logistics reached EUR 22.5bn during H1 2021. This investment volume is 64% of the - record volume - of deals registered for all of 2020, and represents a 60% increase on the five-year first-half average.

The UK is the most popular investment destination, accounting for 37% of the overall H1 deal volumes. Ireland, Spain and the Netherlands were other markets that performed above their five-year averages.

Capital targeting the sector equates to just over 20% of the total amount invested in European real estate so far this year, compared with around 10% historically. Savills analysis of new capital raised by funds shows that 39% of the volume of new funds raised this year has been allocated to logistics - more than any other commercial sector.

The easing of travel restrictions has boosted inward investment from US buyers, while private individuals are cashing in on the aggressive yield compression that has been underway during the last 24 months.

In the UK, take-up for the first half of 2021 was 82% above the long-term average, driven by demand for units from online retailers.

Savills reports that the record volumes of deals and leasing activity is the result of five years of growth in 18 months, as Covid-19 accelerated structural changes that led to a huge expansion of online retail. Leasing activity, combined with constraints on available land, means vacancy rates across Europe continue to creep downwards.

Prime rents have therefore risen by an average of 2% over the past 12 months, led by Lisbon (20%) and the Warsaw suburbs (16%). Savills anticipates that rental growth will accelerate again over the next 12-18 months due to an undersupply of properties.

The record low vacancy rates, and the promise of rental growth, means yields are continuing to compress further into the 3% to 4% range across most core European markets.

Marcus De Minckwitz, head of EMEA industrial and logistics, said: “The drivers of low supply and high demand in the occupational market show no sign of changing in the medium term, which in turn will allow investors to underwrite their acquisitions with increasing rental growth assumptions.”

Kevin Mofid, head of European logistics research, added: “With the average European logistics yield now standing at 4.35% there is little reason to doubt, in markets where the occupational market conditions are right, that yields will not follow France, Germany and the UK to sit comfortably below 4% and potentially sub-3% for the most prime assets.”

Savills observes that investors are becoming increasingly willing to look outside core markets in order to find more attractive income returns, and predicts that Southern Europe and Central and Eastern Europe will continue to compress through the year.

Meanwhile, occupiers are starting to incorporate ESG principles into their strategies, says Mike Barnes, European research associate. “Occupiers, particularly retailers, are now more focussed on the levels of carbon emissions and are adjusting their supply chains to meet targets. More electric charging points will need to be installed in order to meet the EU’s climate neutrality target by 2050 and ensure retailers can meet the rising demand for online delivery.”

John Palmer, Director, Head of Industrial Investment at Savills Poland, says: “Industrial investment volume in Poland was close to EUR 895 million in H1 2021, which is 22% below the level recorded in the same period last year, mostly due to the lack of product available for sale on the market. However, Euro logistics vacancy rates are now at record lows, which is a good prospects for the investment market. As at H1 2021 vacancy in Poland fell and stands at 5.3%. This is very much in line with vacancy rates in UK and France. Along with this logistics take up in Poland recorded excellent H1 2021 results being 78% up against five year H1 averages. Take up in Poland for this period exceeded 3,000,000 sq m the first time in history and was higher than France (1,702,000 sqm), UK (2,146,000 sqm) and Spain (1,112,000 sq m). In the last 12 months Poland recorded impressive volume of over 6.2 million sqm warehouse space that had been leased.”