Foreign financing entities can increase their share in the Polish market 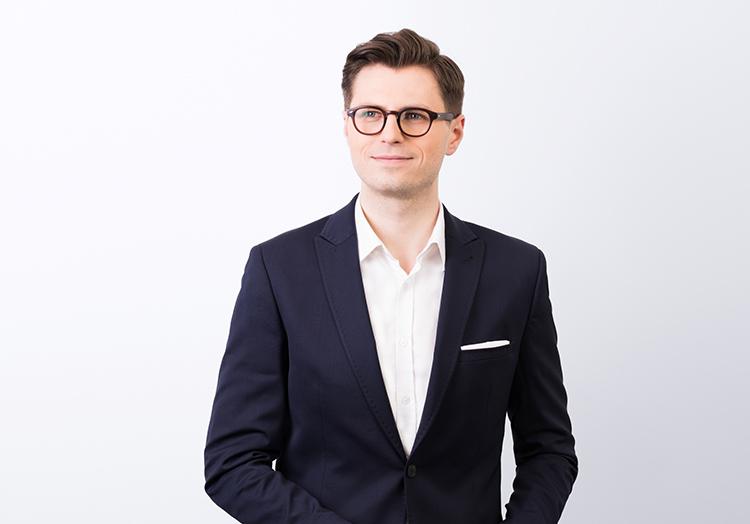 The political situation, the increasing inflation and interest rates, as well as the growing pressure on banks, which may increase margins on granted loans, are factors intensifying the interest of Polish entrepreneurs in financing investments with foreign capital. This phenomenon is already visible today, with domestic entities deciding more and more to take advantage of the alternatives offered by cross-border financing and choosing this option over the offers of banks operating in Poland.

Under Polish law in the B2B area, there are no major obstacles for foreign institutions to finance Polish entrepreneurs' investments. This is usually undertaken under the so-called freedom to provide services, using the principle of a single European passport. This means that a credit institution that has been granted an authorisation (licence) to carry out banking activities in one of the EEA member states does not need to obtain additional authorisations to carry out such activities in other member states. According to a compilation published on the website of the Polish Financial Supervision Authority (KNF), there are currently 591 foreign institutions in Poland whose notifications have been received by the KNF. Interestingly, the largest number of these entities comes from France (99), ahead of Germany (89 notifications) as well as the UK (82). Also high on the list is Austria (47), which is slightly ahead of Luxembourg (52). The principle of a single European passport is also used by institutions outside the European Union. They can provide their services throughout the Community by registering only once in the country of their choice.

The increase in the share of foreign institutions in the Polish financial market is certainly influenced positively by today's situation in the banking market in Poland. After a series of interest rate rises, currently WIBOR 3M is at 7 per cent and WIBOR 6M is at 7.29 per cent. As for the rates associated with the financing of euro-denominated liabilities, the market rates for EURIBOR are around 0.2 for 3M and 0.7 for 6M. This already provides a prime example of a significant disparity, not to mention that one should also take into account the margins of the bank or financial institution. Indeed, for several weeks now, pressure has been building up on banks in Poland, which may end in an inevitable increase in margins – especially on credit products. On 29 July 2022, the law introducing the so-called "payment holidays" comes into force. Thanks to the payment holidays, holders of PLN housing loans will be able to postpone as many as 8 out of 17 loan instalments to the end of the loan period for free until the end of 2023. The term "free of charge" is key here. Up to now, the solutions operating in the market in the case of payment holidays moved a given instalment to the end of the settlement period, but the bank added interest due to this operation. Now, according to the new legislation, the cost of these new "payment holidays" is to be at the bank's expense. This regulation, although related to the consumer market, will be reflected in the financial situation of banks offering housing mortgage loans in Poland – it means even many billions of zlotys of additional costs that domestic credit institutions will have to face. Its negative impact on the banks can be already observed. For example, recently Bank Millennium's management board has decided to launch a recovery plan as capital ratios will fall below the minimum requirements set by the KNF, due to the above-mentioned new "payment holidays" legislation.

Analyses by the National Bank of Poland (NBP) suggest that the cost of the above-mentioned payment holidays could reach around PLN 20 billion. According to estimates by the Association of Polish Banks (ZBP), assuming that 80% of those eligible benefit from this solution, the total cost to banks could reach PLN 13.1-16.4 billion in 2022 and PLN 21.3-27.9 billion in the period 2022-2023.

In addition to income tax, financial institutions in Poland pay a so-called bank tax, the proceeds of which amount to more than PLN 5.5 billion annually. In addition, they pay a contribution to the Bank Guarantee Fund (BFG), where the cost for the entire sector is estimated at PLN 3.7 billion, and a contribution to the Borrower Support Fund (FWK) – PLN 1.5 billion, as well as maintain a supervisory system for the banking sector.

With the above in mind, one cannot forget about the situation on the mortgage market, where a further slowdown in lending can be expected, due to the actions of the KNF, which since April has recommended that banks, when examining creditworthiness, take into account a higher buffer for interest rate rises – previously 2.5 per cent, and now up to 5 per cent. This is already causing consumers' creditworthiness to decline. Market analysts are even talking about a collapse in the mortgage market.

However, this is not the end of the pressure on the banking sector. Key politicians have already announced imposing an excess profits tax on banks if interest rates on deposits for individual customers are not increased. Although these are only announcements, in combination with the legislation passed so far, they must also contribute to increasing margins on all banking products, including those related to investment and business lending.

The above-described circumstances represent an opportunity for foreign investment financing institutions to significantly increase their market share in Poland. This is because they can apply much more favourable financing conditions than the banking sector in Poland which is struggling with falling profits. Currently, large construction investments, e.g. in the warehouse or office real estate market, are more and more often being financed by foreign institutions, especially from Austria, Germany or Scandinavia.

Will Polish entrepreneurs seize the opportunity? Despite the increase in risk associated with the geopolitical situation and the possibility of an economic slowdown or downturn in Poland, they will certainly attempt to do so, especially in the construction market (the aforementioned warehouses, but also offices and the Private Rented Sector market) which is more resistant to downturns and fluctuations in the economy.