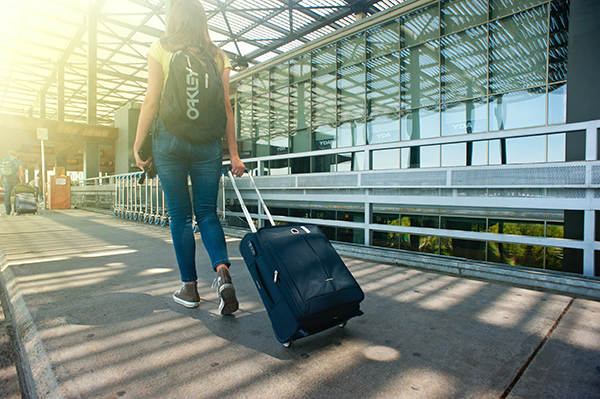 This year, Romanian tourism had an atypical evolution, but recorded a significant economic growth, if we refer to the volume of expenses made in the last two summer months. Global Payments, the largest provider of payment services and technology in the world, conducted an analysis of the amounts of money traded with the card in July-August 2022, compared to the same period of last year, from which it emerged that in the two summer months, RON 168.8 million were spent in Romania, compared to RON 155.2 million in 2021.

In total, Romanian and foreign tourists spent RON 13.6 million more money on products and services than last summer, representing an 8.8% increase in card payments. Almost half of this capital surplus was generated by foreign tourists. In July-August 2022, they spent RON 20.5 million in our country, compared to 14.8 million lei in the same period of 2021, with RON 5.7 million more (increase of 38.5%).

The foreign tourists who spent the most money in Romania were the British, who traded RON 3.8 million in this two summer months, almost RON 700,000 more than in 2021. The Germans also left RON 2.1 million, half a million more than last summer, and the Italians spent RON 1.8 million, over RON 400,000 more than in the same period of 2021.

"Although we cannot necessarily talk about tourism, in the top of the expenses made by foreign citizens in Romania are also the Ukrainians, who spent in the two summer months nine times more money than last year, that is over RON 1.2 million, compared to RON 133,000, in 2021," said Cătălin Moise, Country Manager Global Payments, Romania.

Among the tourists who have made occasional card transactions in Romania are those from Uganda, Malawi, Bolivia, Tanzania, Paraguay, Myanmar, Senegal or Tajikistan. The smallest card payment was made by a citizen of Antigua and Barbuda, worth 1.6 lei.

Where did the tourists spend their money?
Global Payments further analyzed the volume of card transactions made in cities, counties or regions in Romania, in order to assess where the consumption needs were directed this summer.

The volume of expenses incurred in Constanta County decreased only by about RON 100,000 - from RON 16.93 million to RON 16.82 million - in July this year, compared to the same month of 2021. Of course, the comparison is made with a month from the pandemic period, but in the Romanian resorts were made, however, more transactions than last year. In Mamaia, RON 176,000 more money was spent than in July 2021, in Costinesti, with RON 82,000 more, and in Eforie Sud with RON 43,000 more. In Vama Veche and Eforie Nord tourists were more restrained at card payments, spending RON 212,000 and, respectively RON 130,000 less this year.

The Danube Delta, on the other hand, had an "increased debit" on expenses, registering card payments higher by RON 150,000 than in the summer of last year.

Prahova Valley resorts enjoyed the presence of a large number of generous tourists, who spent record amounts this year. In Sinaia, RON 587,000 were traded in July, with over RON 170,000 more than last year, and Busteni recorded a fabulous increase of 7 times higher in the amount of money spent by tourists in this resort, from RON 65,000 in July 2021, at almost half a million RON, in July 2022.

Instead, Brasov County remained on "a plateau" of the manifestation of tourists' consumption. In July, 78 thousand lei less was spent than in the same month of 2021. Card transactions recorded a decrease from RON 6.95 million to RON 6.87 million this year. However, Poiana Brasov managed to impress tourists and convince them to leave here twice as much money as last year, from RON 229,000 in July 2021 to RON 484,000 in July 2022.

Northern Transylvania and the Apuseni Mountains were among the regions where the most money was spent in July, in Romania. In Cluj County, RON 2.6 million more was spent than in July 2022, in Sighisoara, with RON 318,000 more, and in Târgu-Mureș and Bistrita about 350 thousand lei more, in each city, while in the Apuseni Mountains region (Bihor, Alba, Salaj counties), tourists traded with RON 1.1 million more money this year.

The Capital, however, came out on the minus in this summer month, registering expenses with almost one million RON lower in July, from RON 45.32 million in 2021 to RON 44.36 million in 2022.