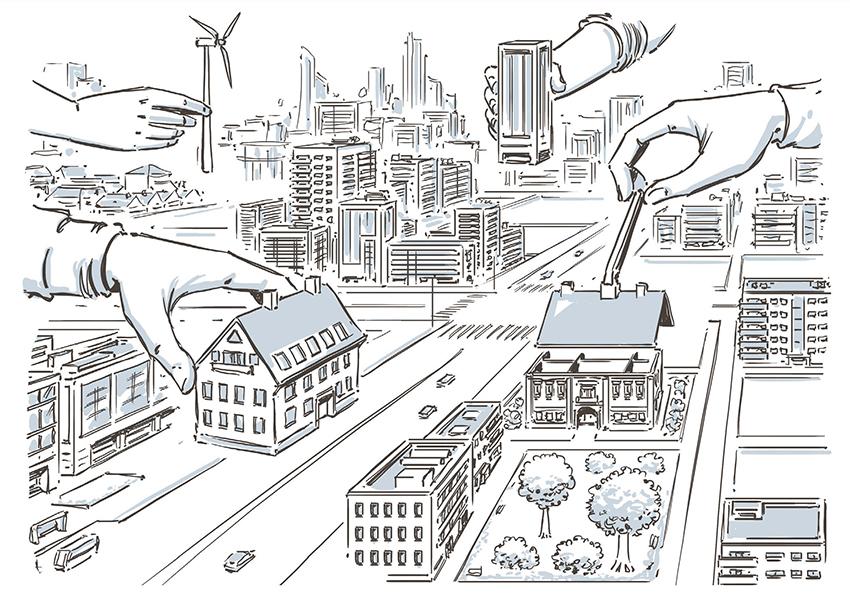 The industry forecaster is a joint initiative of Skanska Residential Development Poland, the Polish Association of Real Estate Development Companies and 4CF. The innovative study presents the main directions of the development market in Poland in the perspective of the next 5 years. The report, "Foundations of the Future," is the result of analysis by nearly 100 experts, who assessed that the leading trends will include the rise of modular construction and residential automation, as well as energy-efficient investments.

Inflation, the economic slowdown, the energy crisis and high commodity prices, as well as the rising cost of buying and renting apartments in the first months of the year - these are the most unfavorable factors that have affected the market downturn in 2022. In addition, the outbreak of war was not without significance for the condition of the industry, as a result of which the fluidity of the supply chain of construction materials and the exodus of workers of Ukrainian origin were disrupted.

Since the beginning of the conflict, more than 8.8 million refugees have arrived in Poland, while, according to representatives of the Border Guard, by January 1, 2023, more than 7 million people had re-emigrated from our country . It should not be forgotten that some refugees have stayed and plan to settle permanently in the new place, which means the prospect of changes in the real estate market, including increased demand for housing, both new and for rent.

Three alternative visions
The "Foundations of the Future" report, which was produced in cooperation between housing company Skanska, the Polish Association of Real Estate Developers and research firm 4CF, is a source of knowledge useful in the context of planning investment and social projects in Polish cities. The publication presents a so-called strategic foresight and includes three medium-term scenarios for the development market for 2027.

Strategic foresight for this sector is a novelty on our market. To develop it, the authors invited nearly a hundred experts of various specialties, including: the development sector, real estate market, economics, sociology and local authorities. During four preparatory workshops (economic situation, society, environment and local government), they jointly identified trends relevant to Polish companies carrying out construction investments. The mapped trends resulted in an interactive study involving strategic decisions relevant to the conduct of business by Polish real estate development companies. The decision-making game took place on October 18, 2022, during the Developer Congress "Cities of Tomorrow" in Poznan.

Based on a detailed analysis of the collected research material, a report was prepared, which presented three medium-term scenarios: "ad hoc", "way forward" and "discipline". Under these headings are visions of change in the development industry in the run-up to 2027.

The first scenario makes general observations relating to the coming years of the entire industry in terms of ecology, changing regulations and social attitudes, among others. The next indicates that energy-efficient construction will gain in importance, and environmental issues will take on new importance in the face of rising energy prices and the effects of climate change on cities. The last assumes that reducing the effects of natural disasters, water shortages and mitigating climate change are urgent needs, and that public expectations for reform will increase significantly under the impact of environmental disasters. The report also identifies a number of dilemmas relevant to the development of Polish cities and the role of developers in the processes of change.
- Some of the conclusions brought by the future scenarios can already inspire the development of new projects, the search for new customer groups and changes in investment thinking. The directions presented in the report involve improving the quality of life in cities, including through preferential financing of sustainable initiatives. There is talk of innovations that will improve energy efficiency and minimize environmental impact. These are extremely important issues that Skanska has long emphasized in its projects. We are pleased that this trend has resonated, as well as others - such as those related to the development of modular construction or greater automation and robotization - which are likely to influence further changes in our industry in the coming years," says Bartosz Kalinowski, Managing Director at housing company Skanska.

The publication is enriched with commentaries on selected issues by industry authorities, including Artur Leszczynski, Business Development Manager of Skanska, Łukasz Witek, Senior Project Manager of Skanska, Konrad Plochocki, Vice President of the Board of the Polish Association of Developer Companies, and Joanna Erbel, leader of the CoopTech Hub local government club and member of the Board of PLZ Cooperatives. The experts commented, among other things, on the active housing policy pursued by institutional investors, the transfer of social relations to the virtual world, and the impact of developers on land use during the economic crisis.

"The Polish Association of Real Estate Developers has been working for the development of the Polish real estate development industry for more than 20 years. Today we are facing new challenges. It's not just hard times for the Polish economy, but the global challenges that await us over several decades. To build responsibly, including for future generations, we need to anticipate what this world will look like in the next few years. Today we are giving you a report that will form the nucleus of work for a better tomorrow for all of us," says Grzegorz Kielpsz, Chairman of the Board of the Polish Association of Real Estate Developers.

What will the coming years bring?
Thanks to the developed scenarios, it can be assumed that in 2027 advances in construction technology will continue, the importance of residential automation will increase, and experimental brownfield projects (giving new functions to former industrial infrastructure) will develop. An opportunity for the development of commercial housing should come from increased availability of land plots at the price of higher quality of development and space management, as well as economically motivated dialogue between parties to investment processes.
Less likely, on the other hand, are significant innovations in the construction sector, large-scale programs to revitalize or transform degraded urban spaces, or a profound change in housing policy in Poland.

"I am convinced that the report we are handing over to you after a foresight process of several months, designed specifically to meet the needs of the industry and decision-makers, will suggest ideas for new, innovative projects and provide information that will be reflected in strategic plans and future policies. We also hope that the results of our work will be used in discussions with key stakeholders in urban development and the real estate development sector and will translate into future improvements in the sector and in the housing conditions of Polish citizens and residents. I strongly encourage everyone to reach for this publication," says Kacper Nosarzewski, Partner at 4CF.