Poland: From a big cloud a little rain - ideas for a "new" planning fee have collapsed 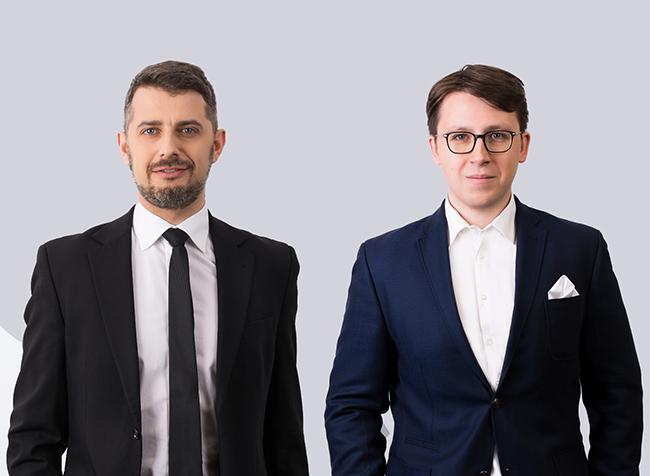 The planning fee charged at 30 percent of the increase in the value of a property, even when there is no sale, has finally disappeared from the draft law on planning and zoning. The Ministry is also abandoning the idea that zoning decisions should have an expiration date. Could this be the result of massive criticism and a number of comments made during public consultations?

Numerous comments were submitted as part of the now-completed consultation phase of the draft amendments to the Planning and Zoning Law, of which more than a dozen were considered.

According to summaries published by the Government Legislation Center on September 19, the most important changes from the original draft are (i) withdrawal of changes to the method of calculating and collecting the planning fee, and (ii) abandonment of timely WZ decisions.

Recall: the Ministry proposed that the fee for the increase in the value of a property resulting from a change in the planning designation of that property should be due as soon as such a change is made. Currently, the fee becomes due only when the property is sold within 5 years of the change in planning designation. Thus, the seller of the land pays a kind of tribute on the increase in the value of his property, but only if such property is sold.

"The ministry followed a path familiar to Polish supporters: "It was supposed to be like never, and it came out like always." The Ministry's new idea would result in property owners or perpetual users being forced to pay a fee on a theoretical increase in the value of their property. Theoretical, because assessing the increase in value of a property for which there were no plans to sell would be subject to a high risk of error. The proposal was therefore quite revolutionary. The investment community was dismayed by the idea, and a critical voice was raised by min. The Polish Chamber of Commercial Real Estate and the Business Centre Club, pointing out that the proposed method of calculating the planning fee would result in the possibility of imposing a public tribute on thousands of individuals and legal entities for changes in the value of property that these individuals did not intend to sell. The fee would potentially hit a whole lot of people who might not be able to afford to pay it," comments Marcin Zak, Senior Associate in the Real Estate and Construction team at Warsaw law firm Wolf Theiss.

Interestingly, the originator did not hide the fiscal nature of its own proposal. As it was pointed out in the justification, the change in the rules for calculating the planning fee was to give "more room for obtaining revenues from the increase in the value of real estate, which can be used to finance further planning activities and cover the costs of their consequences, such as equipping new building sites with the necessary infrastructure."

"Since the mere change of the property's designation would result in the payment of the planning fee, it would be profitable for municipalities to enact development plans more quickly and efficiently, and the budget effect just in a situation of rising costs and inflation is not at all insignificant. Currently, the impact of the planning fee on municipal budgets is marginal, as it is relatively easy to avoid the obligation to pay the planning annuity - you don't pay it if 5 years have passed between the change of use of the property and the date of its sale," adds Piotr Gajzlerski, Associate in the Real Estate and Construction team of the Warsaw law firm Wolf Theiss.

The planning fee, often referred to as the planning annuity, thus remains in its former form and remains linked to the sale of real estate.

The Ministry's draft also envisaged limiting the term of a zoning decision to five years from the date the decision became final.

"The Ministry justified the intention on the grounds that there are zoning decisions in circulation, issued several or even a dozen years ago. In the meantime, the neighborhood of the properties affected by such an old decision may have changed drastically. Thus, the implementation of a decision issued many years earlier could cause chaos and spatial conflicts. In addition, the Ministry believed that specifying the term of the zoning decision would reduce the number of applications for zoning decisions obtained solely for speculative purposes," explains the motivation of the originators, Marcin Zak.

The Ministry has also withdrawn from this plan. The zoning decisions are to continue to be issued indefinitely, which the investment community welcomed with great relief. During the consultations, developers pointed out that 5 years is sometimes too short a period to carry out the process of designing and obtaining all permits to implement the investment.

The general plan remains.
Of the planned changes, one of the most important that has remained in the draft amendment involves the introduction, mandatory for the entire municipal area, of a general plan in place of a study of land use conditions and directions.

The general plan, unlike the study, is to be an act of local law, and its provisions are to be binding when establishing local plans and when issuing zoning decisions. It is intended to have a concise form and the small number of findings is to enable its standardization, and thus the reading of general plans adopted in individual municipalities is to be simpler.

"The aspiration to simplify and standardize the form of general plans should be evaluated as positively as possible. The current, elaborate structure of the study, the variation in the degree of detail and its insufficient role with the need to take its provisions into account when establishing development conditions in the form of a decision, required an urgent change, which is what the general plan gives hope for," according to Piotr Gajzlerski.

"The entry into force of the general plan, on the other hand, will not, however, result in the loss of validity of the local plans in force to date, while the studies of conditions and directions for spatial development of municipalities will remain in force after the entry into force of the law, until the general plan is enacted, but no longer than until the end of 2025. At the same time, if a municipality does not enact a general plan by January 1, 2026, it will not be able to issue new decisions on the location of public investment projects or on development conditions until the plan is enacted," the experts point out.

Quo vadis amendment?
One of the goals of the amendment was to "free up land." This idea was to be served by mechanisms that are no longer part of the draft: a new method of calculating the planning fee and time-limited zoning decisions. In view of this, does the draft amendment to the Law on Planning and Zoning still make sense?

"The Ministry has tried to increase the supply of land for construction using rather simple, to say the least, unsophisticated measures. Ideas removed from the draft could have forced the sale of land (a new planning fee) or cheered faster development (timely zoning decisions). Both ideas have fallen by the wayside, but the bill itself, as currently drafted, may inspire cautious optimism. Solutions remain in the amendment, which has the ambitious goal of standardizing and simplifying planning procedures. In our opinion, the draft will still undergo changes, so we will have to wait a while to assess the effectiveness of the solutions in practice," concludes Marcin Zak.