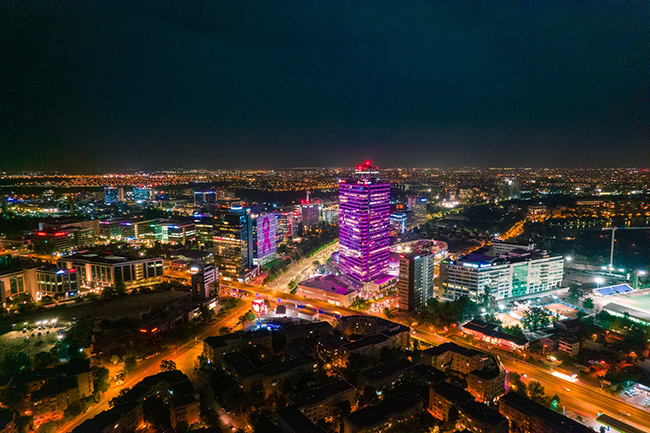 Last month, the Gobalworth Foundation launched in partnership with the Renaşterea Foundations the Mobile Caravan for Cervical Cancer Diagnosis at Chitila Logistics Hub, one of the benchmark projects for Globalworth’s logistics and light industry sub-brand. Thus, between September 12 and December 10, approximately 1,200 women will have free access to Pap tests for detecting gynecological diseases. Among them are also members of the business community working in the Globalworth premises.

To continue the fight against cancer, Globalworth emphasises the importance of Breast Cancer Awareness Month. Thus, Globalworth Tower and Globalworth Square, two emblematic office buildings in Romania, were illuminated in pink for a day, showing the company’s support for people battling breast cancer and the hope for a brighter future.

More than half of cancer patients in Romania (58.4%) are diagnosed only in stages III and IV, compared to European countries, where 70-80% of new cases of cancer are detected in the early stages of the disease (0, I and II). Breast cancer is one of the leading causes of death for women in Romania. Annually, 9,629 women are diagnosed with breast cancer nationwide, and the number of deaths amounts to 3,209. Moreover, every person who died of breast cancer lost about 13 years of life prematurely.