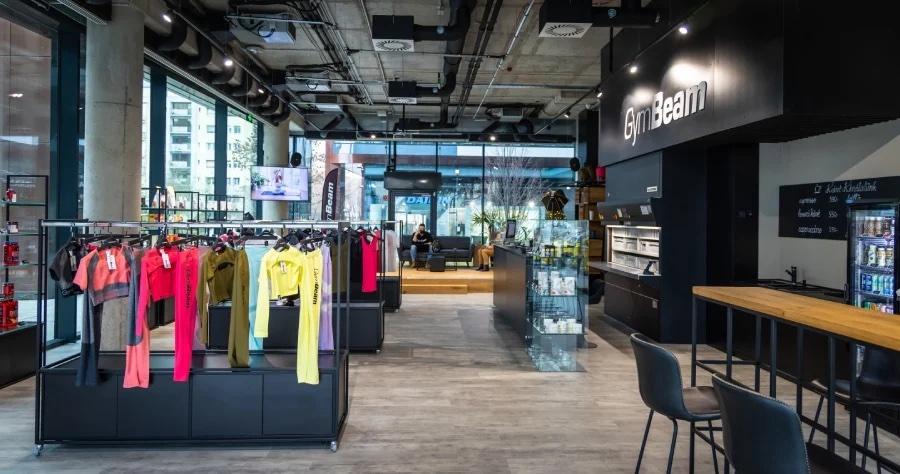 GymBeam reports its best year yet in 2022 and big plans for the future. It confirms its position as one of the fastest growing e-commerce companies in the CEE region. It is also achieving great success in the Czech Republic - one of the fifteen markets in which it operates.

For the first time in its history, GymBeam has surpassed sales of over CZK 2.5 billion in all its markets, with sales in the Czech market exceeding CZK 575 million. GymBeam, which reaches more than two million customers across markets, employs a total of 355 people at various levels and positions.

The year 2022 brought many firsts for GymBeam in the Czech Republic. In January, the first television campaign ran, in June the first ever GymBeam Fitness Hub opened its doors in Prague's Karlín, the company's own gaming brand XBEAM was launched, and GymBeam entered a new category, while in August the company opened its doors in the Italian market. That's not all! In 2022, the teams at GymBeam have focused heavily on developing the B2B segment and, as a result, GymBeam products can also be found in the Pill, Dr.Max and Decathlon chains.

"It's great what we've accomplished as a company last year and in previous years. Despite the international political situation, rising prices and challenging market circumstances, we have managed to grow profitably over the long term and literally beat our own plans. I am extremely proud of all my colleagues, without whose hard work none of this would have been possible," comments CEO Dalibor Cicman on the company's success.

GymBeam thus entered 2023 not only with great results, but also with bold plans. "GymBeam has big plans for further growth in 2023. Probably the biggest challenge will be automation, both of warehouses, processes and some projects. In terms of products, the company is going to come up with fresh innovations in response to market demand. We certainly do not want to rest on our laurels, but rather to continue to develop in all our markets," adds Dalibor Cicman.

GymBeam is the largest fitness e-shop in the CEE region with a turnover of EUR 105 million in 2022. It focuses on the sale of sports and health nutrition, health food, sportswear and accessories. It has more than 120 brands and thousands of products in its portfolio. A large part of its sales is generated by its own production under the brands GymBeam, VanaVita, BeastPink, STRIX and XBEAM.

Since its inception, GymBeam has expanded into other European countries. It currently operates in 15 markets, including Hungary, Romania, Croatia, Bulgaria, Ukraine, Slovenia, Poland, Germany and Italy, in addition to Slovakia and the Czech Republic.