ICL Czech, which has Iceland stores, has filed for insolvency 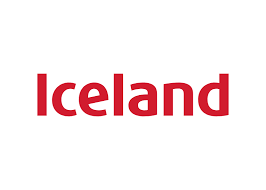 The company ICL Czech, which operates stores in the Czech Republic of the British chain Iceland, has filed for insolvency. The reason is the coronavirus pandemic, which also affected food sales and Brexit, which, among other things, significantly increased the cost of transporting goods to the Czech Republic. The proposal to initiate insolvency proceedings, which was pointed out by the north of Aktuálně.cz, shows that Iceland has 135 creditors in the Czech Republic with maturing monetary claims exceeding CZK 38 million.

According to the server, the chain started closing stores in the Czech Republic in April this year. At the same time, it closed its e-shop, which it launched at the end of 2020. On its website, Iceland announces the closure of the e-shop, but does not mention any change in the operation of the ten stone shops. Iceland spokesman Petr Langmaier declined to comment on the insolvency proposal. The proposal mentions that six out of 11 stores have been closed, "while the remaining stores are no longer able to generate enough revenue for further operation".

According to the proposal, the decline is caused by the negative state of the economy due to the covid-19 pandemic, which also affected the food retail sector.

"The termination of the membership of the United Kingdom of Great Britain and Northern Ireland in the European Union (Brexit) also had a significant negative impact on the petitioner's business results, resulting in a significant increase in freight costs and other customs clearance services, an increase in the prices of the range of food imported in this way, delays in deliveries that were not partially released for the EU market and thus significantly more difficult or impossible food imports, which is a key part of the petitioner's sales range, "the company said in the insolvency proceedings.

The company has obligations to ČSOB, the Czech Social Security Administration or the Tax Office for the Capital City of Prague, for example. According to the proposal, Iceland has 82 employees in the Czech Republic and 19 people by agreement.

In Britain, Iceland has around 1,000 stores. The chain entered the Czech market in 2014. The company was founded in 1970 in the United Kingdom by Malcolm Walker.