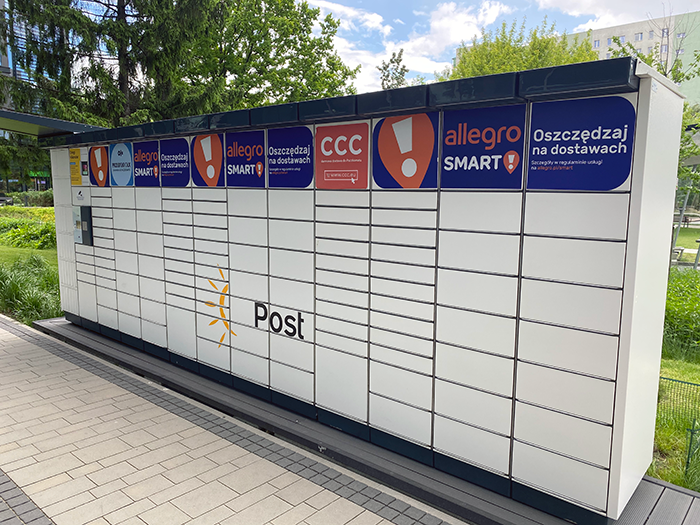 Machine No. 13,000 was launched in Sopot and is autonomous - it has photovoltaic panels and operates on the basis of solar power. It is a modern device that will be installed in cities as part of the "Green City" program - which has already been joined by Łódź, Kraków, Kielce, Wałbrzych, Zielona Góra, and by the end of the year the program will cover several dozen cities in Poland.

"The dense network is more than a few thousand in a country the size of Poland, France or Spain. InPost wants to be the first logistics operator in Europe to achieve such a goal on several markets in parallel. We are launching a new Paczkomaty factory and focus on large-scale implementation of our machines in Europe Poland - compared to the majority of countries that have just discovered the extraordinary experience of collecting parcels at Parcel Lockers - a mature market, advanced and generating the highest turnover, but I am convinced that other countries in which we are developing the InPost network will reach a similar level in the foreseeable future. we are starting another revolution by installing, as the first in Poland, fully autonomous machines with photovoltaic panels," said the president of InPost, Rafał Brzoska.

InPost implements the "Green City" program, under which it has established cooperation with, inter alia, with the city of Łódź and Kraków. The program supports the development of Polish cities in accordance with the idea of ​​"smart city" - by offering residents modern services, the development of an optimal and ecological Paczkomaty® network and activities to improve air quality and climate protection.

InPost is the largest logistics operator in Poland, in which American investment funds Advent International and KKR have invested. The company offers courier services and deliveries via the nationwide InPost parcel locker network for individual and institutional customers, including comprehensive services dedicated to the e-commerce industry. The number of InPost parcel lockers exceeded 10,770 devices at the end of 2020. In January 2021, InPost debuted on the Euronext Amsterdam exchange.