Jáchymov Spa, Karlovy Vary has changed owners and belongs to an Arab investor 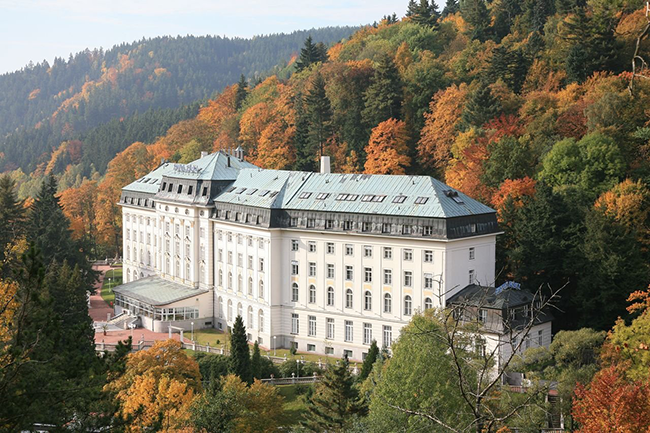 The company Léčebné lázně Jáchymov a.s. changed owners. One hundred percent of the shares were acquired by an investor from the United Arab Emirates. The operation of the Jáchymov Spa will not be affected in any way, Eduard Bláha, General Director of the Jáchymov Spa, annouced. The company did not disclose detailed terms of the transaction. Lázně Jáchymov has so far been wholly owned by Lázně Luhačovice.

According to data from the public register of companies, Ali Fardán became the new owner of the Jáchymov spa. Eduard Bláha will remain at the head of the spa and marketing cooperation with Lázně Luhačovice, a.s.

The Jáchymov Spa has a registered capital of CZK 202 million. Last year, despite the coronavirus pandemic, the company maintained a positive economic result and according to the financial statements, generated a profit of CZK 7.4 million after tax. In 2019, the Jáchymov spa had a profit of CZK 57.8 million. The company's turnover last year reached CZK 453.6 million, the year before it was CZK 637.3 million.

According to the annual report, the company will continue to face the consequences of a pandemic this year. "We anticipate a high dependence on cooperation with domestic health insurance companies. We will continue to focus mainly on the domestic market and a well-targeted business and marketing strategy on the German market," the annual report said. Due to the expected decline in sales, the company will postpone investments.

The joint-stock company Léčebné lázně Jáchymov has existed since 1992 and continues the centuries-old history of the spa in Jáchymov. It uses the local unique radon water for treatment. A modern tradition for Lázně Jáchymov is the medical concept of spa care and also the effort for a high level of catering and accommodation services.