KGHM: The estimated demand for copper will double in the next 20-30 years 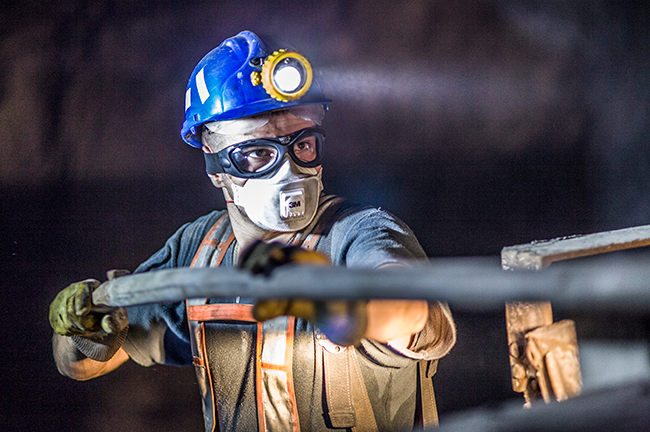 KGHM Polska Miedź, which celebrates its 60th anniversary this year, expects the demand for copper to continue to grow, as this metal is the basis of many technological innovations, in particular based on the so-called "green energy". It is estimated that the demand for copper will double in the next 20-30 years, the company said.

The copper mined by KGHM is the basis of many technological innovations, in particular those based on the so-called 'green energy'. Photovoltaic power plants and electric cars are based on the raw material, which contain 4 times more copper than combustion engines. It is estimated that the demand for copper will double in the next 20-30 years.

KGHM emphasizes that this year it is celebrating the 60th anniversary of the establishment of the Copper Mining and Metallurgical Plant, which over time has become a global tycoon in the mining industry.

"The jubilee is 60 years of hard work of many thousands of people, KGHM employees. It is a great generational experience. Jan Wyżykowski took the first step, followed by new discoverers and visionaries. More branches were created, we introduced innovations in production, we planned further investments. Now we are ahead of us. consecutive years of hard work. It is not easier, but we know that the future is made of copper, "said president Marcin Chludziński.

Chludziński emphasizes that currently KGHM is a company that has a huge impact on the Polish and global economy.

KGHM, despite the pandemic, is implementing a strategy and has a defined development vision. The company is implementing photovoltaic projects and visionary plans related to renewable energy sources. At the end of 2020, 22.42% of KGHM's total energy consumption came from its own sources, including production from gas and steam units.

Kombinat emphasizes its commitment to new technologies - "it develops new mining solutions, produces and creates its own equipment and machinery to support mines and steel mills". The company is also developing projects related to the use of machine learning and artificial intelligence in KGHM.

KGHM also reminds that the Copper Basin owes its development to the breakthrough discovery of the copper ore deposit. On March 23, 1957 it was done by Dr. Jan Wyżykowski.

Kombinat Górniczo-Hutniczy Miedzi in Lubin was established on May 1, 1961. Its transformation into a state-owned company took place on September 12, 1991, and its debut on the Warsaw Stock Exchange (WSE) - on July 10, 1997.

KGHM Polska Miedź has a wide portfolio of exploration, development and production projects in Poland, Germany, Canada, Chile and the USA.