Linkcity starts construction of 60 apartments in the Chrudimpark residential project 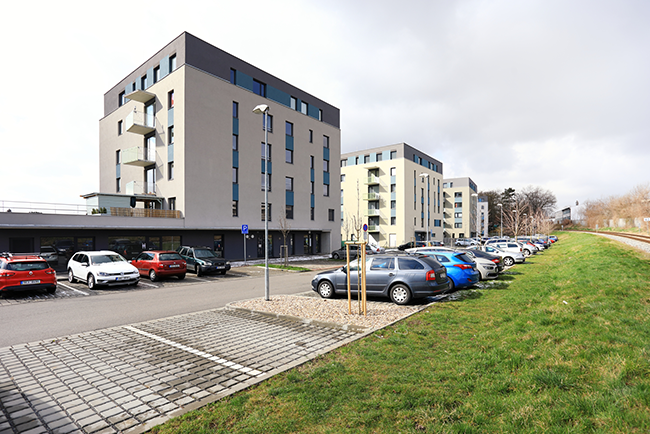 Developer Linkcity Czech Republic is starting the next stage of the Chrudimpark residential project, which is being developed on a 4-hectare plot of land near the city park just a ten-minute walk from the center of Chrudim. Two apartment buildings Habr and Hrušeň with a total of 60 apartments in layouts from 1 + kk to 3 + kk and planned completion in the summer of 2022 will build on the existing construction in the locality: 108 flats of the first phase and 90 flats of the second phase, . All apartments are already sold out. At the same time, Linkcity is working on the further development of an area that previously served industrial production, but is now becoming a sought-after location for housing. He is currently preparing the fourth stage of construction so that the new flats will meet the current market demand as much as possible and meet the client's expectations as much as possible.

"Interest in new housing in the Pardubice region is enormous. The long-term shortage of urban housing combined with limited construction has exacerbated current demand. We are glad that we can offer potential buyers really good apartments in Chrudimpark, located just a short distance from the city center. We are most pleased when clients turn to us with recommendations from people who have already found their home in one of the previously completed phases, "comments Clément de Lageneste, CEO of Linkcity Czech Republic, adding:" The construction of the entire complex is proceeding according to plan . At the end of the summer, we will complete 90 flats in the second phase, which we will start handing over to the new owners, and we will have another 60 in progress. But that's not the end of it. We are currently working on the form of a new stage that will offer additional apartments for sale, and at the same time we are working on expanding civic amenities in the locality. After the general practitioner, who is already based in one of our commercial units, eDO Finance, a specialist in financial consulting, is also moving to us.

All apartments in Chrudimpark are barrier-free. Each unit has a balcony, terrace or front garden for apartments on the ground floor. There are also parking spaces and cellars. The largest share of flats is in layouts 2 + kk, followed by flats 1 + kk and 3 + kk. The nearby park became the inspiration for the names of individual houses: whether it is Jinan, Akát or Hrušeň, they all evoke the nature and greenery in which the project is set. All this within walking distance of the center of Chrudim, which provides complete civic amenities from cultural and sports activities through shops and restaurants to health or educational institutions. The city of Pardubice with other shops and services is only a 10-minute drive away.