Mátl: Last D1 section near Přerov could be in operation in spring 2026 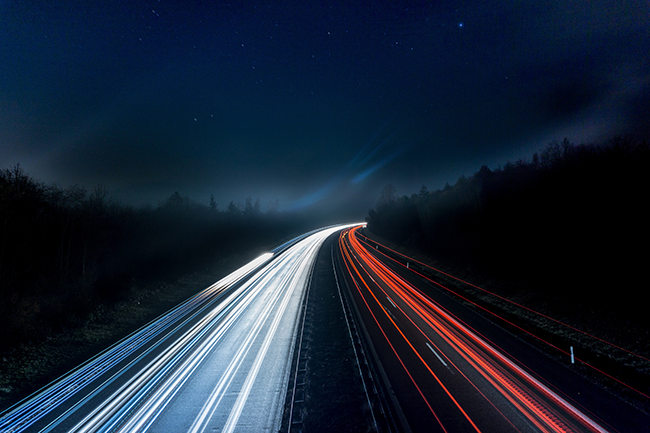 The last ten-kilometre section of the D1 motorway near Přerov, the construction of which was officially launched today, could be operational in spring 2026, Radek Mátl, Director of the Road and Motorway Directorate, told journalists today. According to him, construction machines will start building the motorway in January. Transport Minister Martin Kupka (ODS) confirmed the building permit for this construction in early December after discussing six submitted appeals. The motorway section will be built by a consortium of Strabag, Doprastav and IDS Olomouc at a cost of CZK 6.922 billion.

Kupka said today's groundbreaking is a historic moment. The construction of the D1 motorway began 55 years ago, while the last section near Přerov has been the subject of disputes, debates and plans for the last 17 years. The ten-kilometre section of D1 is the last one missing to complete the motorway from Prague via Brno to Ostrava and the Polish border. "It will be a key transport artery of the Czech Republic," Kupka said. So far, about 366 kilometres of D1 are in operation in two continuous sections, which are Prague - Říkovice with a length of 272 kilometres and Přerov - the Czech-Polish border near Věřňovice with a length of 94 kilometres. After the construction of the section, the motorway will be 377 kilometres long.

The D1 motorway now ends on the outskirts of Přerov, and the last section connecting to Říkovice is intended to solve the long-standing bad traffic situation in the town. The last section of the motorway will divert transit traffic from Přerov, according to Deputy Mayor Tomáš Navrátil (ANO). The town hall also hopes that thanks to this traffic construction, Přerov's attractiveness in the eyes of investors will increase, and that exhalations from car traffic will be reduced.

The environmental impact assessment (EIA) for the construction of the last part of D1 near Přerov expired last autumn. The Ministry of Transport issued the building permit on time, but received seven appeals. They were submitted by four people and by the associations Krajina Dluhonice, Voda z Tetčic and Děti Země - Klub za udržitelnou dopravu. Minister Kupka added several conditions to the building permit in the decision on the appeals.

D1 is the oldest and longest Czech motorway. Its history dates back to the 1930s. However, the first continuous section of D1 from Prague to Mirošovice was not opened until 1971. The extensive eight-year reconstruction of D1 ended last October.