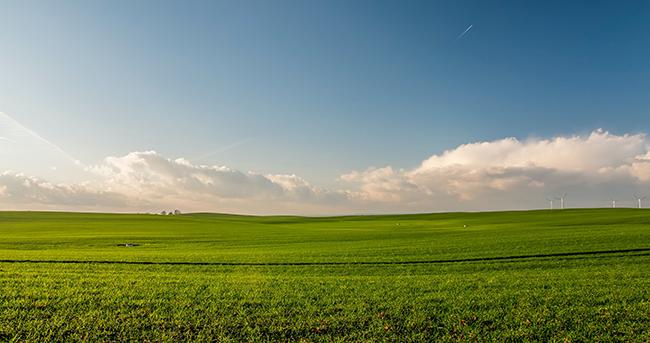 The mayors of five municipalities in the vicinity of Líně airport near Plzeň believe that the army will establish this area as a strategic reserve for Czech soldiers and that the industrial zone with a factory for the production of batteries for electric cars, the so-called gigafactory and its subcontractors. The four-six-hectare strategic business park (SPP), for the preparation of which the state is to spend nine billion CZK, was approved by the government at the end of July. Now it is still waiting whether the cabinet will decide that the state does not need the airport and transfer the area to the region. The Volkswagen (VW) concern is interested in Lína, but it is still operating in Poland and Hungary, and should make a decision by the end of the year.

"The elections haven't changed anything. We don't like the affected interests and, above all, the unfair way of communication before and after the elections. So far, no one has discussed the project with the municipalities," said Dobřan Mayor Martin Sobotka (Aktivní Dobřany). According to him, the resistance of municipalities and their residents against the gigafactory continues. On September 5, the mayors at the regional council called on the regional leadership to meet with them after the elections and establish decent communication.

"The main trump card that the municipalities have in their hands is the ownership of land," said the mayor of Líní, Michal Gotthart (SNK Líní and Sulkova). According to him, roughly two fifths of the airport's 390 hectares of land are owned by five municipalities. According to the mayors, if the state wanted to expropriate them, it would have to pass a special law "lex Gigafactory," which the mayors say is in play. "If all municipalities remain united, a comprehensive building cannot be built at the airport," said Sobotka.

"We have been convinced from the beginning that this project does not belong here. We do not want to locate industrial construction in such a remote area where nothing leads. From our side, it is the only piece of nature and landscape we have here. We do not want it here," said Gotthart. He does not understand why the government already approved the resolution on SPP on July 27, when it was not yet clear whether the army needed the airport.

The airport will be discussed by the House Defense Committee this afternoon. According to the mayors, according to today's results, the point could already be reached at the government's meeting on Wednesday, which is to decide whether the state needs an airport.

According to Gotthart, none of the citizens are in favor and everyone hopes that the project will be abandoned. "If the army needs an airport, then the whole project should be canceled. And if the state prioritizes the gigafactory, then they should start meeting with us and discuss how they would like it, so that we can express what we don't like about it . In order to deal objectively with the territory, which until now no one has grasped conceptually, gone through it, analyzed it and dealt with the municipalities," he said. According to the mayor, this factory should be built in an area prepared for industrial development, where unemployment is high. According to the mayors of Pilsen, all factories lack people, especially in the Borská pole industrial zone.

The Gigafactory has 4,000 to 4,500 employees and another 10,000 at subcontractors. "So the entire automotive industry will move here to the cadastre of five municipalities, which will lose nature, peace of mind and more. This is simply the liquidation of those five municipalities where people buy plots and want to live here," said Gotthart. According to him, it bothers the municipalities that the region, which claims that it does not decide on anything, gave the government a favorable opinion without the municipalities' knowledge.

"None of the residents want the gigafactory. And it's the same after the elections," said Nové Ves mayor Miroslav Sedlák (BEZPP). According to him, people would like it to remain a quiet zone. They consider it a huge problem if cars drive through the village and there are dormitories for foreign workers, he said.

According to Hetman Rudolf Špoták (Pirates), the Minister of Industry and Trade Jozef Síkel (STAN) asked the Pilsen region to nominate a representative to the SPP working group. The mayors said they did not know about it. "I assume that we will meet the mayor there. There are representatives of the Radbuza microregion, the city of Pilsen, the region and various ministries," said the governor, who will represent the region. The date of the first meeting has not yet been set.

According to Špoták, the government's decision on whether the airport will remain with the army is now awaited. "Since July 27, since the government's resolution, nothing has happened," he said. According to information from ČTK and the mayors, the army told the Ministry of Defense that it needs the reserve area where it has its air rescue service (LZS) base, and that it is counting on the airport in its plans. The government will now discuss the material as non-public.

The regional leadership considers the gigafactory to be important for the development of the region. "But the most important thing is to do all the necessary studies to see if it is feasible in this area, which has not happened yet. We are waiting for a decision if it will be done at all and to what extent," Špoták said. In any case, the region wants to be part of the discussion between ministries, the government and municipalities. He wants to be a mediator and does not prevent him from becoming a possible future operator of the zone. "If the municipalities sabotage the development of the industrial zone and the development of the region, no one will do anything about it," Špoták added.