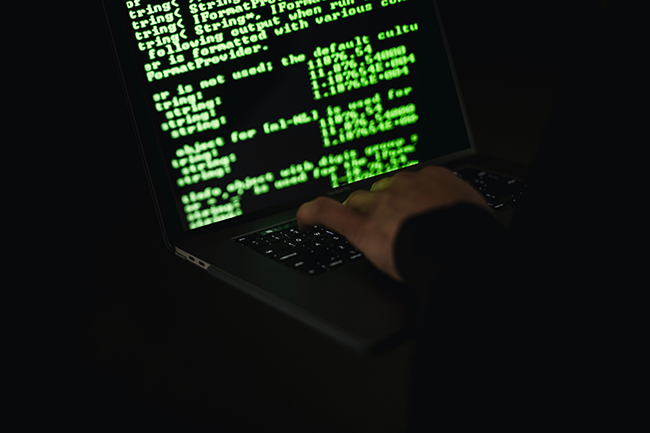 Online crimes are becoming more common and also affect younger internet users. 58% of respondents admit that they or their relatives have come across such online scams, according to a study commissioned by mBank.

The survey shows that the highest percentage of Poles (43%) was affected by false SMSs. Slightly more than four out of ten adult Poles have experienced (personally or their family and friends) a fraud involving the receipt of fake text messages with a link aimed at stealing data and money. The most numerous groups affected by this type of fraud are women and those under the age of 34, it stated.

The popularity of scams using the "BLIK" method in social media is also growing. Nearly 1/3 of the respondents encountered such an attempt to steal the code or extort data. Additionally, 1 in 5 Poles declared that they had personally experienced or known people who had been affected by the fraud involving the impersonation of a bank employee or a police officer, it was reported.

"The study shows that most of the respondents are quite good at recognizing the trap set on the Internet. And surprisingly, this efficiency increases with age. For example, as many as 67% of respondents declare that they would not be fooled into talking to someone who impersonates the Internet. a policeman, but among younger respondents (18-24) only 55% chose the right behavior. For comparison, in the oldest age group as many as 70% of respondents knew how to behave properly, but it is easier to recognize a person impersonating a bank employee - only 15% respondents did not know how to behave in such a situation," the report reads

Reviews about the store on various forums and websites devoted to online shopping are carefully checked by 53% of respondents. On the other hand, 1/3 of respondents believe that checking the opinion on the store's website or calling the number provided on the website is enough to protect yourself from thieves, it was stated.

"Data from police statistics show that almost 55,000 crimes were recorded in 2020. This number is increasing every year, over the past four years it has increased by more than a half. Last year, e-commerce crimes, i.e. impersonating shops and courier companies. Many crimes also related to a trusted profile, sites with vaccination records or other information about the coronavirus "- also indicated in the report.

The nationwide CAWI survey on the Norstat.pl research panel was conducted on a sample of N = 1,000 adult Poles.

mBank is one of the leading universal commercial banks in Poland. The strategic shareholder of mBank is the German Commerzbank. The bank was listed on the WSE in 1992. The bank's total assets amounted to PLN 178.87 billion at the end of 2020.