Metrostav should build a nursing home in Prague's Řepy 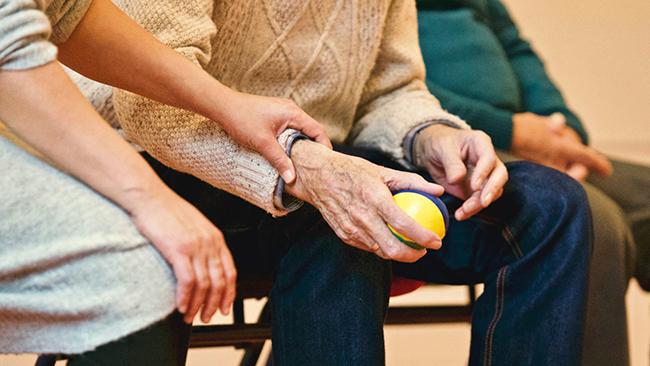 The Nursing Home (DPS) in Prague's Řepy should be built by Metrostav DIZ. In a public tender, it offered to build a PCB in Prague 17 for CZK 286.78 million net. Yesterday, the winners of the tender were decided by the representatives of the 17th district of Prague. The estimated value of the public contract, which the town hall announced in May 2021, was CZK 236.9 million net.

The new construction of the sanitary facility should take place on the now undeveloped land near K Šanocí and Engelmüllerova streets according to the project documentation prepared in 2020 by the staff of the ŠUMAVAPLAN design office. The building should have four floors, in which, among other things, 92 flats with a size of 1 + kk and 13 flats with a size of 2 + kk are planned. The capacity of the home is planned for 125 people, according to the public procurement documents. Rehabilitation facilities and administrative and technical facilities are also designed in the building. For the needs of the DPS, 46 parking and parking spaces and another three places should be created in K Šanocí and Engelmüllerova streets, which will be reserved for the disabled.

The town hall wants to finance the construction of the facility from several sources, Mayor Řep Alena Kopejtková (ODS) informed the deputy. According to her, the City of Prague has previously allocated a subsidy of 149 million crowns to Prague 17 for this event. The management of the town hall would like to obtain additional funding for the construction from subsidies from the state, for example, there is also the possibility of interest-free financial assistance, which Prague 17 could apply to the municipality.

Representatives Michal Štěpař and Antoine Katra (both for KDU - ČSL and TOP 09) expressed concern that the project is not beyond the financial capabilities of the city district. Referring to, among other things, rising prices for construction work and materials, they said the price of the construction could rise further. The deputy mayors of Prague 17, Jaroslav Bíro and Martin Marek, and the deputy, Jan Farkač (all for the ODS), expressed support for the project during the council meeting. Representatives Jindřich Kadlec (PLUS) and Jaroslava Šimonová (KDU - ČSL and TOP 09) also stated that the position of DPS is important for Prague 17.

Prague 17 has been preparing the project for about ten years. The construction of the nursing home was approved by the city council in January 2014. In 2017, officials issued a location decision on the planned construction and a building permit a year later. The public contract was announced by the town hall in May 2021.

The metropolis lacks accommodation for thousands of seniors, said Milena Johnová (Prague Sobě), a councilor of the Prague City Hall. The city therefore wants to support the construction of smaller facilities for the elderly, especially with regard to demographic development and the aging of the population.

Prague 17, with a population of 24,360, is in the west of the capital. The city part includes the cadastral territory of Řepy. The town hall is now headed by Alena Kopejtková (ODS). In June 2021, she replaced Jitka Synková (ODS), who was removed by the deputies. The Civic Democrats in Prague 17 won the elections in 2018 and took five seats on the then seven-member council. Today, Řepy has a five-member council and only ODS representatives remain in it.