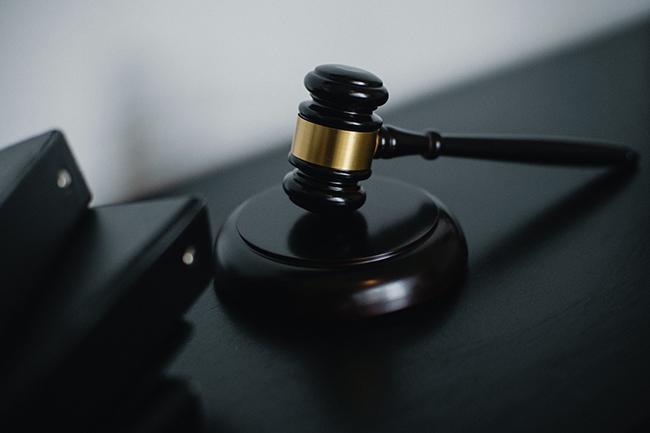 Czech Justice Minister Pavel Blažek (ODS) has filed a disciplinary action against Brno Municipal Court judge Aleš Dufek with the Supreme Administrative Court. The reason for this is that Dufek, in his capacity as the court's designated vice-chairman for the criminal section, provided the media with search warrants for three people involved in a case involving Brno municipal flats at the beginning of November. The warrants included a search warrant for Petr Hladik (KDU-ČSL), a candidate for environment minister and deputy mayor of Brno. The server Česká justice reported this with reference to the statement of Minister Blažek.

"The criminal proceedings are to be closed until the court hearing. That is why I have filed a disciplinary action against the judge, who, in my opinion, violated this basic rule and thus damaged not only the rights of the parties to the proceedings and other persons, but could also have defeated the purpose of the criminal proceedings. This must not be normal," Minister Blažek told the server.

Dufek granted a request by a journalist from MF Dnes under the Freedom of Information Act, in which he sought court orders to search the homes of three people. In addition to Hladik, the searches were of attorney Filip Leder and businessman Michal Horky.

The server also asked Judge Dufek for a statement, but he refused, saying that he had provided a lengthy statement to the Ministry of Justice. The server reported that, according to its information, the judge wrote in the justification for his action to the ministry that, in view of the extensive media coverage of the case, there was no longer any reason not to provide the anonymised search warrants. The criminal proceedings had already been initiated, the persons concerned had been informed of the grounds for the criminal proceedings and, according to Judge Dufek, there was no risk of jeopardising the course of the investigation. The judge also justified the disclosure of the information on the grounds of the public interest in disclosure, as the persons concerned were public figures to whom the usual privacy principles could not otherwise be applied. According to Judge Dufek, on the other hand, the public has a right to know what they are suspected of.

Police officers from the National Centre against Organised Crime intervened in the case in Brno on 18 October and arrested ten people. Three were later released. Seven people were charged, and the city court sent them all into custody on 20 October. Among them are Radovan Novotný, the former secretary of the Brno-střed town hall, businessman Michal Horky, and Jiří Novotný (ČSSD) and Jiří Hasoň (KDU-ČSL), now former managing directors of the sand plant and former city district councillors. Two companies are also accused, one of which is Ing-Czech.

All seven defendants filed a complaint against their detention, but the regional court kept them in custody. According to some media reports, the case has two branches, one of which is an attempt to take control of the sand plant, the other is the privatisation of the town houses. Hotý is considered by police to be the head of an organised crime group, according to earlier reports in some media.