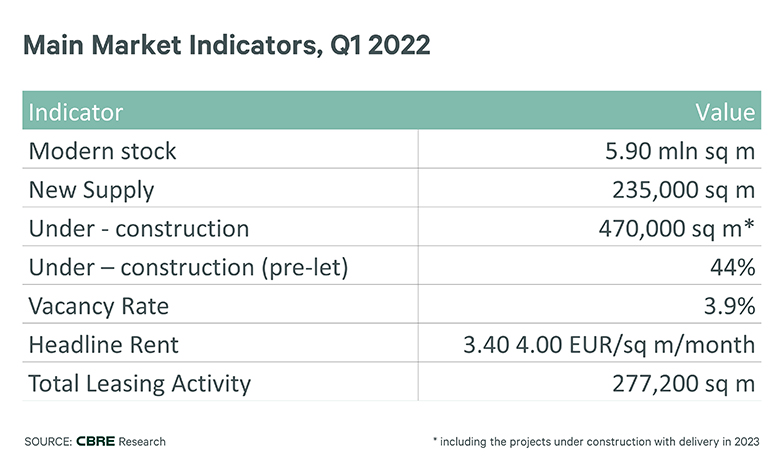 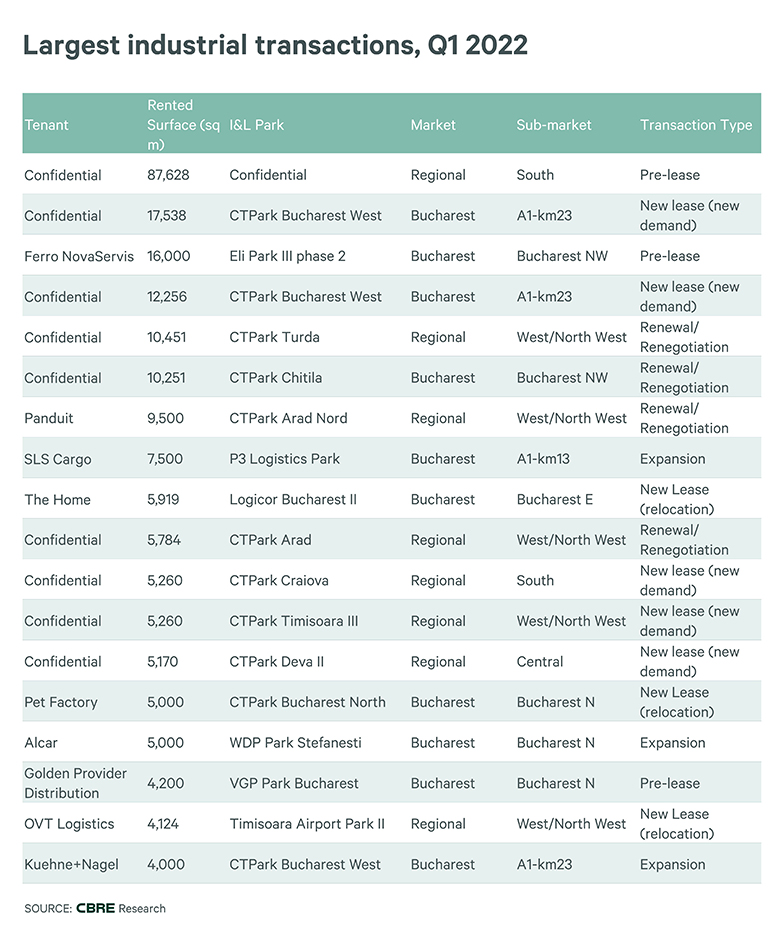 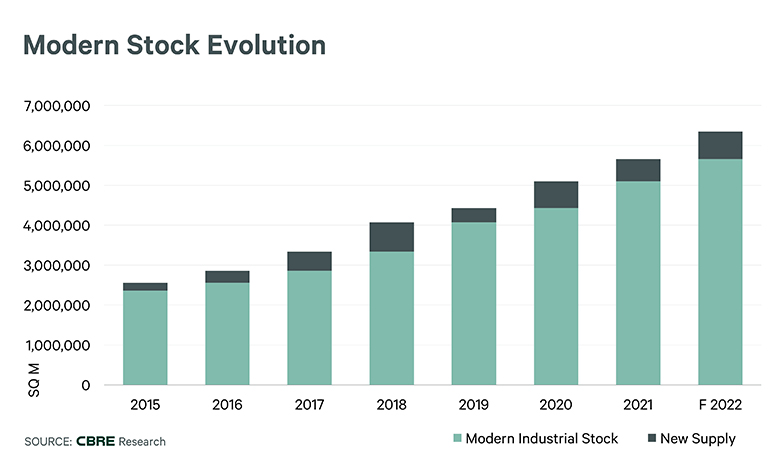 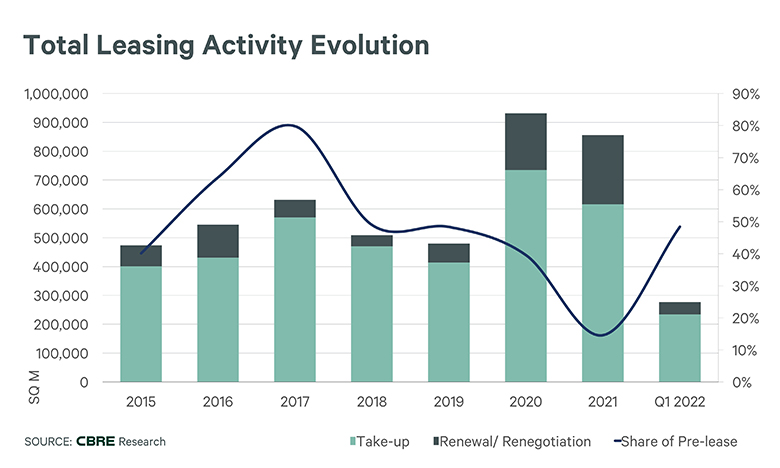 “2022 is as well an excellent year for the industrial property market in Romania, considering the high rates of pre-leased spaces under construction in almost all regions of the country, with a high absorption rate in the western and central regions. We observe that the increased demand for industrial spaces is maintained, at least in these two regions, being a representative trend of the last years. Romania ranks third in the Central and Eastern Europe, after Poland and the Czech Republic, in terms of industrial spaces modern stock. It is a privileged position because it puts us in the forefront of developers and tenants,” says Victor Răchită, Head of Industrial & Logistics at CBRE Romania.

With a stock of approximately 3 million sqm, Bucharest, Ilfov and proximities are the leading region in terms of volume of new developments over 181,000 sqm being currently under construction and almost 40% pre-let. The Capital city, the largest industrial hub in the country, has multiple high-quality spaces, circa 90% of the modern stock being class A. Also, regarding relatively new buildings, 60% of the total stock surface was delivered between 2015 and 2022, as the CBRE Romania report reveals.

The West/North-West region is the second most attractive region in Romania for new developments, with a stock of 1,26 mln sq m, being the largest regional logistics hub. Moreover, 60% of area under construction is pre-let, representing the highest rate in Romania. With 78% of area under-construction pre-let, Cluj is the leading County, followed by Timis County, with 70% of area under-construction pre-let, according to the CBRE data. Cluj-Napoca and Timisoara are the most attractive regional cities on the industrial market, accommodating developers and tenants internationally renowned. As an established regional logistics hub, 89% of the modern stock in the West/North-West region is class A.

On the third place, with a stock of 920,800 sqm and 43% of area under construction pre-let, comes the South region, Prahova being the leading County in terms of modern stock (370,000 sqm). With over 95% of the modern stock in class A, the South region has strengths such as development land availability, cost effective workforce and good infrastructure and connectivity with the capital city and the Southern and Eastern country borders.

The Central region, with 636,000 sqm, half of surface being in Brasov County, and the East/North-East region with almost 117,000 sqm come next, according to the CBRE’s Romania Industrial Destinations report.

"Considering the development of new industrial spaces, it is important to underline that the developers’ focus is also on the East and North-East regions, not only on Bucharest and the West region as we were used to, and this trend will be more visible on the market. At the same time, logistics tenants have become more selective with the space they need, while developers are expressing their interest in Built-to-suit and Built-to-own projects. Last but not least, green certification is the new topic on everybody’s lips. Both developers and tenants are increasingly interested in industrial spaces and future projects that meet ESG requirements,” highlighted the market trends Daniela Gavril, Head of Research, CBRE Romania.

Companies are becoming more interested in industrial spaces that comply with ESG indicators and processes, with 38% of Romania's modern industrial stock delivered before 2013. At the same time, retrofitting has become a trend for industrial owners who want to maintain competitive in a fierce market.

In response to the country’s infrastructure status, the trend of intermodal terminals served by industrial & logistics parks emerged in those areas where infrastructure represents an issue and can determine disruptions in the distribution chain. New hubs are in different development stages in Romania such as CTPark Oradea Cargo Terminal, developed and just lunched by CTP Romania in Oradea, the railway terminal under construction by ILD in Decea, Alba County and the intermodal terminal developed nearby Constanta Port. These projects will serve significant areas by integrating several types of transport, offering viable alternatives to the underdeveloped infrastructure in the country, and increasing the distribution capacity of those who will use them.