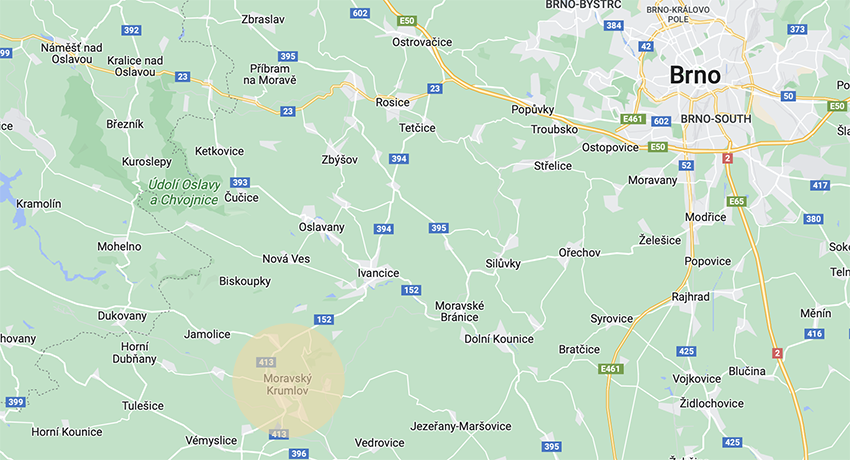 People from Moravský Krumlov in the Znojemsko region and surrounding villages are signing a petition against the construction of a packing plant at the Leskoun quarry between Rakšice and Olbramovice. They are concerned that the production of asphalt supplemented by a recycling line for building materials will have a significant negative impact on life in the area due to unpleasant smells and significantly denser truck traffic. The investor is the company Bituvias, which today offered to personally answer the petition committee's questions about the construction of the production site, announced Pavel Vacek, director for road construction at the Firesta-Fišer company.

According to the commercial register, the investor company is a subsidiary of the Brno-based construction firm Firesta-Fišer and was established in 2016. Bituvias informed about the intention to build the packaging plant in April 2021 on the EIA Information Portal and the intention was also posted on its official board by the municipality of Olbramovice. In June of the same year, the South Moravian Regional Authority issued a decision according to which the project will not be further assessed under the law because it does not have a significant impact on the environment. According to Vacko, the company learned about the petition only through hearsay and the media.

According to Třetina, the mayors of the municipalities are dealing with the matter now, because the company had previously only sent a letter to Olbramovice, on whose land the packaging plant is to stand, and "otherwise they are trying to do everything quietly". Apart from the smell and the traffic load, Třetina said people are concerned that the packing plant is supposed to have an annual capacity of 200,000 tonnes, even though the company says it is only half that. "Nobody has informed us about this. If the plan was assessed according to the law and an EIA was done and our objections were properly explained to us, we can discuss it," said Třetina. The recycling line is to be in operation when the production of packaging mixtures is not in operation, and its capacity is to be 40,000 tonnes per year. It is to be in operation five times a year continuously for eight days each time.

According to the original plans published in 2021, the plant was already to be up and running. People can sign the petition until 15 January in the affected municipalities, which are Moravský Krumlov, Olbramovice, Branišovice, Bohutice and Vedrovice.

Years ago, the company Bituvias wanted to build a packaging plant, for example, also near Dřevnovice in the Prostějov region, but after opposition from residents, it abandoned the plan in 2017.