NBP: Financial system stable after a pandemic, the effects of war may translate into costs of risk 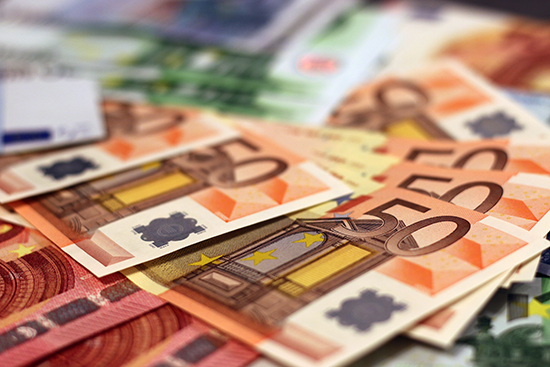 The assessment of the stability of the domestic financial system is systematically improving as the effects of the COVID-19 pandemic fade away. At the same time, the negative macroeconomic effects of the war in Ukraine and the tightening of financing conditions may significantly reduce economic activity. With some delay, this may lead to an increase in the cost of credit risk in banks, assesses the National Bank of Poland (NBP) in its "Financial Stability Report". The NBP emphasizes that with the current level of available capital, the banking sector should have no problems with absorbing potential losses resulting from the war crisis in Ukraine.

The assessment of the stability of the domestic financial system is systematically improving with the expiration of the effects of the COVID-19 pandemic. The banking sector has a strong ability to absorb potential losses thanks to significant accumulated capital surpluses and the expected improvement in profitability in the environment of higher interest rates. However, the prospects of the sector's financial results are significantly affected by will be the final shape of the proposed legal solutions to help borrowers, according to the report.

The conditions for the functioning of domestic financial institutions are adversely affected by high macroeconomic uncertainty, a consequence of Russia's invasion of Ukraine.

The direct exposure of the financial sector to countries affected by war and sanctions is low. However, the negative macroeconomic effects of the war and the tightening of financing conditions may significantly reduce economic activity. With some delay, this may lead to an increase in the cost of credit risk in banks. war in Ukraine is highly hampered by the uncertainty as to its further course. For the purposes of assessing the resilience of banks, a significant part of this risk was included in the assumptions of the stress tests.

The NBP indicated that there are three main channels of influence of geopolitical risk related to the war in Ukraine on financial stability, two of which are mainly direct (exposure channel - translating into impairment losses on assets located in Russia, Ukraine and Belarus; market channel - i.e. a decline in bond prices, a decline in the value of the zloty, an increase in commodity prices), and one is indirect (the macro channel - decline in corporate profitability, decline in household wealth, decline in collateral value).

The strength and mechanism of their impact is very different. The effects of the first round will materialize through the direct channel. They are mainly related to the exposures of Polish banks to assets and counterparties in Russia, Belarus and Ukraine, and the increase in market risk due to increased volatility and an increase in premiums for risk, according to the Report.

The direct exposure channel and the related credit risk are limited. The gross balance sheet and off-balance sheet exposure of domestic commercial banks to assets in Russia, Ukraine and Belarus is small and amounted to PLN 2.3 billion at the end of December 2021, and is concentrated in the largest banks with a relatively good financial standing, the central bank also reported.

Moreover, banks have already made significant write-offs on these assets, which significantly reduces the scale of their future potential losses. In the event of a need to write-offs due to impairment of assets for the remaining part of the net exposure, the loss in any bank would not exceed more than 2% of their capital, the bank reported.

As a result of geopolitical tensions and the war, the banking sector faced an increase in market risk. Increased volatility and an increase in risk premium directly affect the value of exposures measured at market value. In Poland, these are mainly Treasury bonds measured at fair value through other comprehensive income.

The escalation of the conflict in Ukraine, coinciding with the cycle of tightening monetary policy in Poland and in the world, increases the likelihood of a deeper correction of prices in the equity and corporate bond markets and the emergence of tensions in the financial markets. Due to the low value of banks' exposure to market risk in Poland, increased volatility in financial markets has a limited impact on their stability, the report noted.

The indirect exposure channel may be the most important channel of influencing the banking system in Poland. Due to the war, the macroeconomic environment is expected to deteriorate as a result of supply and demand factors. Further supply chain disruptions, restrictions in trade relations and sanctions will adversely affect aggregate supply. On the demand side, rising energy and commodity prices will negatively affect household and corporate incomes, while the increased uncertainty caused by the ongoing war will harm investment and lower consumer confidence. Hence, an increase in credit risk and a tightening of lending policies in banks can be expected, which increases. possible negative feedback loops between the financial sector and the real economy, reported the bank.

However, the NBP emphasizes that the influence of the armed conflict in Ukraine on the stability of the banking sector has been limited so far.

The greatest systemic threat is the fact that geopolitical risk materializes in the face of the persistent supply problems in the global economy, high inflation and tightening of monetary policy by central banks. The forecast decline in GDP growth as a result of the economic slowdown and war in Ukraine is much lower than historically assumed in cyclical macroeconomic stress tests conducted by the NBP. The analysis of the stress tests, covering the scenario of a strong economic slowdown, increased inflation, higher credit losses, increased losses on the portfolio of foreign currency loans, and a strong decline in bond prices, suggests that at the current level of of available capital, the banking sector should have no problems with absorbing the potential losses resulting from the war crisis in Ukraine. the degree of escalation and duration of the war, the bank summarized.