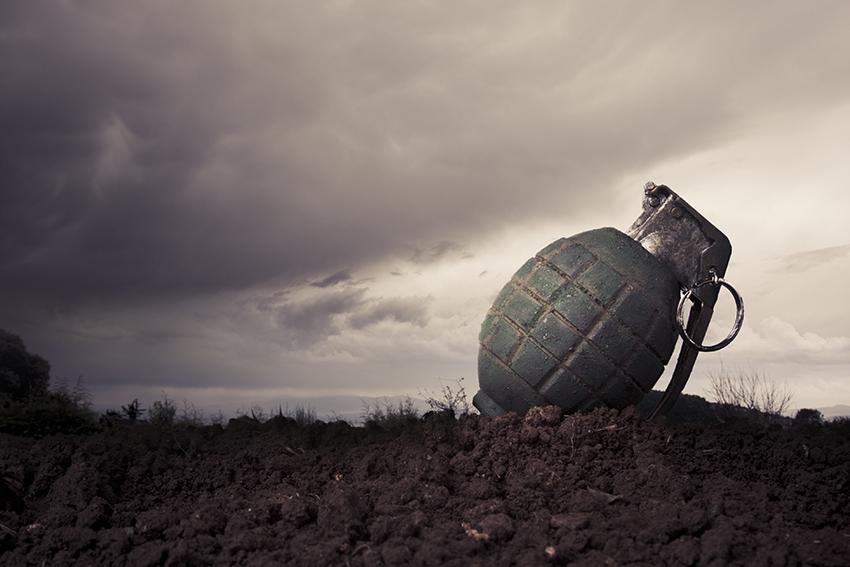 Neither the mayors of the villages around Vrbětice in the Zlín Region nor the Zlín Region had any information about the planned production of grenades for the Czech army in the Vrbětice area, where ammunition warehouses exploded in 2014. The mayors recall repeated earlier promises by several government representatives that ammunition would not return to the Vrbětice site. Some also point out that an in-depth pyrotechnical survey of the affected area was not carried out. They want to get official information on the production of the shells, it was announced.

The Ministry of Defence said the production would be under strict control and the site, despite its history, was a safe and secure area that complied with all regulations and had all the necessary approvals for the type of production. Existing capacity will be used for production and the munitions produced will not be stored there. The ministry will conclude a framework contract with Colt CZ Defence Solutions, which provides for the supply of ammunition for up to CZK 413.2 million. The company will be able to produce grenades on Czech territory only for the needs of the Czech army.

Eva Svobodová, a spokeswoman for Colt CZ Group SE, to which Colt CZ Defence Solutions belongs, told ČTK today that the building in Vrbětice has been identified as one of the best equipped with maximum safety features exceeding the normal standard in the EU. The operation is approved by the Zlín Region, the Czech Mining Authority and the Czech Police," Svobodová said. The production of grenades consists of a number of processes from the production of components by subcontractors, storage of components, explosives, quality testing to output controls, i.e. real tests of the grenades. Several processes should be done in the Czech Republic.

Storage of some components for production and the necessary amount of explosive for about a week of production will be in Vrbětice and Bzenec. Assembly of the fuse body, filling of the body, assembly of the whole and packing in Vrbětice and partly at a subcontractor. Output control, sharp throws of grenades, should be in Bzenec and Slavičín. Finished grenades will be handed over to the army warehouses. The spokeswoman did not specify the volume of production. Several Czech companies will be involved in the production of the grenades.

"We have not been involved in any debates on how it will look like there. This is also new news for us, and we are working with it now. In the context of history, the guarantee of safety must be on the table. What has not been discussed with us yet is what has been done to ensure that there is no repeat of this. We will officially ask the government what guarantees it will give," said Holiš.

The mayors of the municipalities around Vlachovice, under which Vrbětice falls, are planning a similar procedure. "We will consult this together. I don't know anything about it officially," said Haluzice mayor František Marecký (nez.). He also wants to study the conditions of the state enterprise Military Technical Institute (VTU), which manages the Vrbětice area.

The mayor of Lipová, Miloslav Svárovský (nez.), pointed out that no in-depth pyrotechnical survey had been carried out outside the site. "Lipová and Haluzice were most affected by fragments of ammunition that were sprayed into the surroundings during the explosions. Neither are the dumps of fragments that are dumped on private land in the forest removed. No concept for the area has been issued, no one has spoken to us. They should get these things together first. We will initiate someone from the appropriate places to comment on this," the mayor said.

Ammunition production has a long tradition in the region. However, for some residents in the area it is unimaginable that ammunition would return to the Vrbětice area. The mayor of Vlachovice, Zdeněk Hověžák (STAN), wants to do everything possible to make the environment safe. "I will never prioritise any economic effect over endangering the inhabitants," said the mayor. He said the matter is also sensitive in view of the war in Ukraine. Intelligence agencies say Russian agents were involved in the explosions at the Vrbice site.

One warehouse in Vrbětice exploded in October 2014, the other in December of the same year. Two people died in the first explosion. The two warehouses that exploded were rented by the Ostrava-based Imex Group, and at the time of the explosions the premises were managed by the State Security Service. Due to the explosions and the intervention of the integrated rescue system, the owners were unable to farm hundreds of hectares of land. They were devalued, the event reduced the value of real estate and had an impact on the quality of life of the inhabitants. Almost 9200 people had applied for compensation by last summer, most of them successful. In addition to the residents, five municipalities in the vicinity of the warehouses and the Zlín Region received compensation for the restrictions imposed by the explosion.