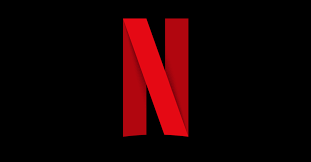 Shortly after opening a regional office, Netflix announced the establishment of an engineering center in Warsaw, which has been planned for many months, the company said. To start, the service plans to hire dozens of engineers to work at Netflix's regional office in Warsaw.

The next step and investment in the Polish market is the creation of an engineering center. Its tasks will include the creation of products and services, used by Netflix's internal and external partners who produce and manage content on the service. The solutions that the Warsaw team will work on will enable the entire content production process, from idea to execution and publication on the service, and provide new and innovative ways to manage entertainment on a global scale, the company announced.

"We chose Poland because of access to great specialists - Polish IT universities have an excellent reputation, and developers from Poland are highly regarded experts, eager to be hired worldwide. [...] We look forward to this cooperation and believe that the new center will help us expand our global technology organization and bring even more innovation to the solutions we create," said Vice President of Engineering Deborah Black.

Engineers working out of Warsaw will have a direct impact on how Netflix studios create and produce popular titles such as The Witcher, The Crown and Stranger Things. As more and more original titles in Netflix's library are created each year, the software manages billions of dollars' worth of content spending, the company indicated.

To start, the service plans to hire dozens of engineers to work in Netflix's regional office in Warsaw. Recruitment for business application software engineers is currently underway, it was announced.

The year 2022 was an important moment in the history of Netflix in Poland. After six years on the market, the company opened an office for Central and Eastern Europe in Warsaw. Netflix has already produced more than 30 Polish films and series - last year alone, the service allocated PLN 400 million to local productions, and as of 2018, it has created more than 3,500 jobs for its own productions: for Polish actors, screenwriters, directors and on- and off-set crews, who are the backbone of every production, the company stated.