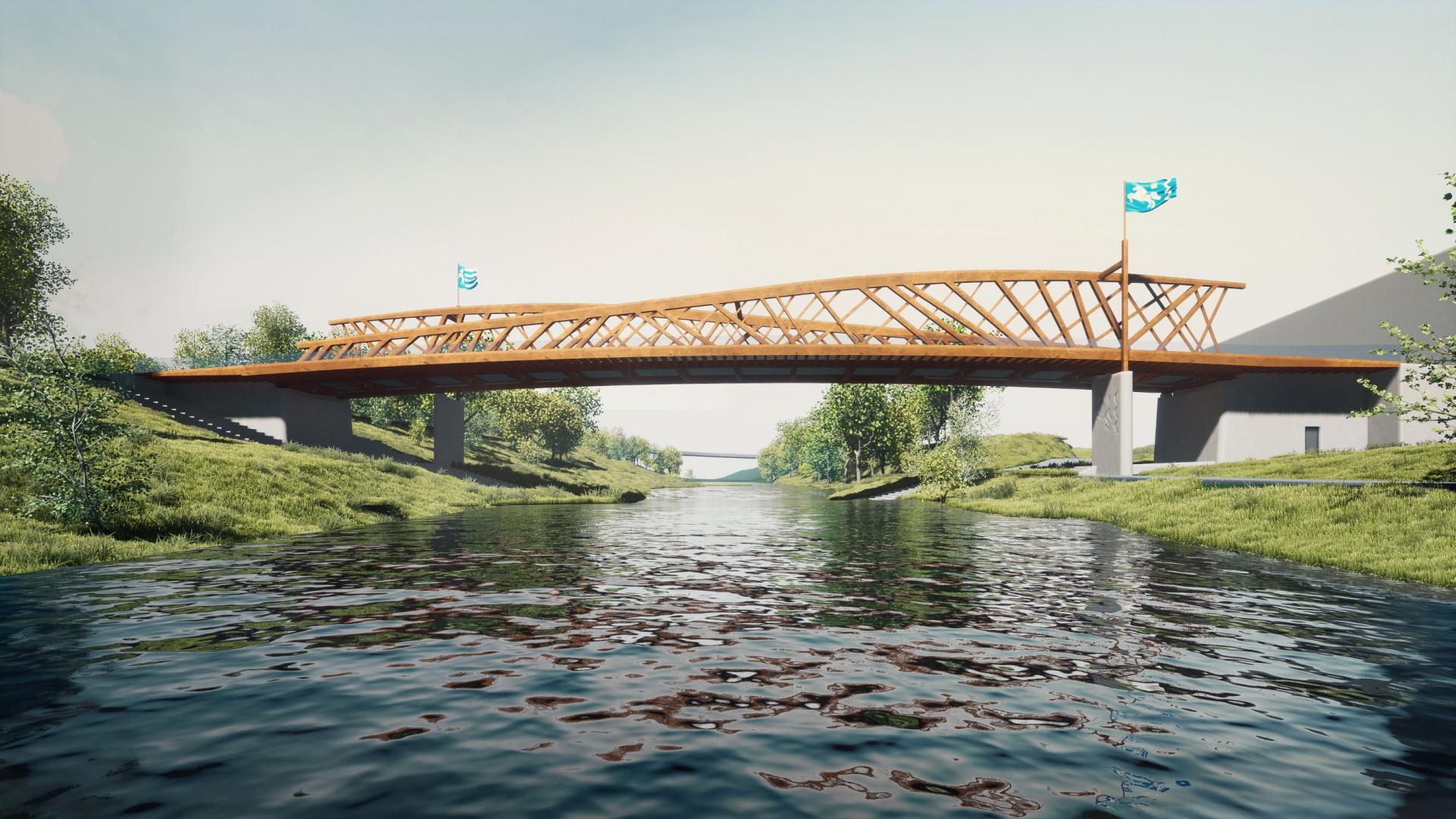 The existing and long-lived bridge over Ostravice will replace the new bridge and, thanks to the design of the architect Roman Koucký, it will become an urban dominant of the developing parts of the city. Due to the unsatisfactory technical condition and oversizing of the capacity of the Na Karolině bridge (situated on the road III / 4793), preparations were started for its restoration. The Na Karolině Bridge is a key element for the city, connected to the transport project that will connect the newly built Karolina district and the future multifunctional campus of the University of Ostrava. It will bring a suitable transport solution and the already mentioned architectural advantage. It will be possible to build it thanks to the consideration of these requirements and the agreement of the management of the city of Ostrava and the Moravian-Silesian Region.

Based on the agreement of the City of Ostrava and the Moravian-Silesian Region - the owner of the bridge, the Municipal Studio of Spatial Planning and Architecture (MAPPA) undertook the preparation of the plan, which also participates in other projects.

Architect Roman Koucký presented a presentation of the design of the new bridge: “Bridges have a special sovereign position among the buildings. Regardless of the time in which they were created, they were always the pinnacle of the technical possibilities and skill of their builders. Often the cities themselves are characterized by their bridges. Residents and visitors to the city often head to the bridges. Parents show them to their children and explain to them the forces they transmit… The new bridge connects ‘two‘ Ostrava of Moravia and Silesia. Each has a different character. In order for the new bridge to be a symbol of their meeting, each has the same part of the asymmetrical supporting structure of the bridge, which symbolically meets over the river. As if a rebellious beast from the insignia of the two cities would each stand on its own bank, it put its strength on the opposite bank and thus crossed the river together."

Deputy Mayor Zuzana Bajgarová stated: “The current bridge is owned by the Moravian-Silesian Region, but it is connected to a locality undergoing a significant transformation, so we made a basic agreement with the region on the city's intention to implement a new bridge with co-financing. This will have to be further approved by the competent authorities of the city and the region. The submitted proposal already already reflects the planned and implemented infrastructure projects of the city and is defined to a greater extent than a simple reconstruction of the existing bridge, such as a link to the embankment, bike paths or extension of Pivovarská Street, resp. the newly planned ‘Univerzitní ulici street.”

The center of Ostrava is expanding to definitively abandoned areas of former industry. The bridge over Ostravice has a long tradition here and appears on maps from 1877. The new bridge will be the entrance to the area from Frýdek-Místek Road, from Silesian Ostrava and is to be built on the site of existing and surviving structures of prestressed concrete bridges from the 1970s. . The bridge will be narrower and shorter and will become a symbol of the transformation of the periphery into a city.