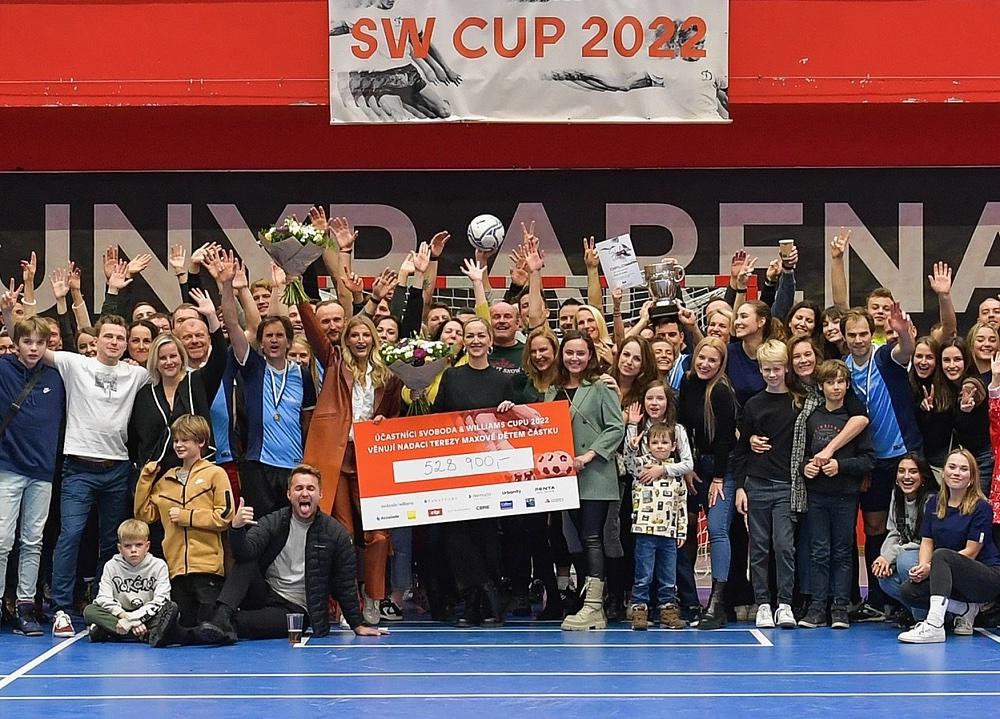 After a two-year break due to covid, the UNYP arena – Sparta Podvinný mlýn once again hosted the SVOBODA & WILLIAMS CUP. This year, the charity futsal tournament and its cup was won for the first time by the organizing Svoboda & Williams team.

"We are happy that over the past decade we've managed to create a sports and social event with a significant charitable impact that real estate companies enjoy participating in, and the proof is this year's record contribution made up of donations from a growing number of teams as well as money raised from the raffle. This year, the jersey of Lukáš Masopust was donated by SK Slavia Praha and four teams, which had kept their contributions from the pervious year that was canceled at the last minute due to covid, were also added to the proceeds. I hereby extend a great deal of gratitude to Trigema, JLL, CBRE, and Panattoni," says Jaroslav Waldhauser, Head of Commercial Leasing at Svoboda & Williams.

The entire proceeds from the tournament will go to the Tereza Maxová Foundation, which has been helping children in need and enabling them to grow up in a loving family since 1997. "I would like to extend my heartfelt thanks to the organizers of the S&W Cup for their long-term support and help, which we greatly appreciate. Each year, we carefully distribute the amount raised, which this time, thanks to the donations of the participants, is once again significant. We can use these funds to help abused and traumatized children in cooperation with the Children's Crisis Center and the Vigvam counseling center. Thank you very much for this opportunity," says Terezie Sverdlinová, Director of the Tereza Maxová Foundation.