NN: Over 40% of Poles plan to limit the time they spend in front of screens 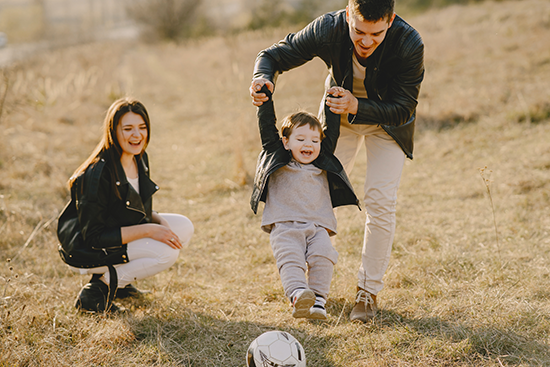 More than 40% of Poles plan to limit the time they spend in front of screens and meet their loved ones more often, according to the Nationale-Nederlanden report "A generation of parallel worlds: between reality and virtuality". At the same time, the report shows that over 50% of respondents are calm about the current situation related to the coronavirus.

The gradual easing of restrictions and the decreasing number of cases of illnesses have changed the perception of Poles about the situation related to the COVID-19 pandemic. As many as nine out of ten participants of the study commissioned by Nationale-Nederlanden confirm that easing the restrictions has a positive effect on their well-being and mental condition, and more than half (56 %) believe that the epidemic situation in Poland is going in the right direction. Moreover, as many as two thirds of respondents agree that we will soon return to the reality known from before the crisis. As many as 85% of respondents included more direct meetings with their relatives in their holiday plans, according to the report.

In addition, the study found that after spending more than a year in front of screens, many of the interviewees experience digital fatigue.

Almost a third of them believe that they use electronic devices far too often. Among women it is as much as 36% of respondents, and among men - 22%. Only one in twentieth uses them less than they would like. the necessary minimum causes the respondents to be reluctant to meet online and most often do it as part of their professional duties.

The Nationale-Nederlanden study also shows that many people lost their jobs during the pandemic. Nearly every tenth respondent declares that they have received a notice of termination at that time. People aged 30-34 were most affected by this problem.

The pandemic crisis did not mean, however, a stagnation in the labor market. Every fifth respondent decided to change employment during the pandemic - 72% remained in the same industry, and 12% decided to try their hand at a new one. In the latter group, men predominated - 14% compared to 9% of women.

The report "A generation of parallel worlds: between reality and virtuality" prepared by DELab UW, commissioned by Nationale-Nederlanden, was based on the results of a representative survey conducted by the CAWI method by SW Research on April 9-16, 2021 on a group of 1,000 Polish residents aged 25-50. To compare the moods of Poles, a second study was conducted on a group of 1000 people aged 25-49 using the CATI method. They were implemented by the Market and Social Research Institute in May 2021, right after the lifting of the restrictions.