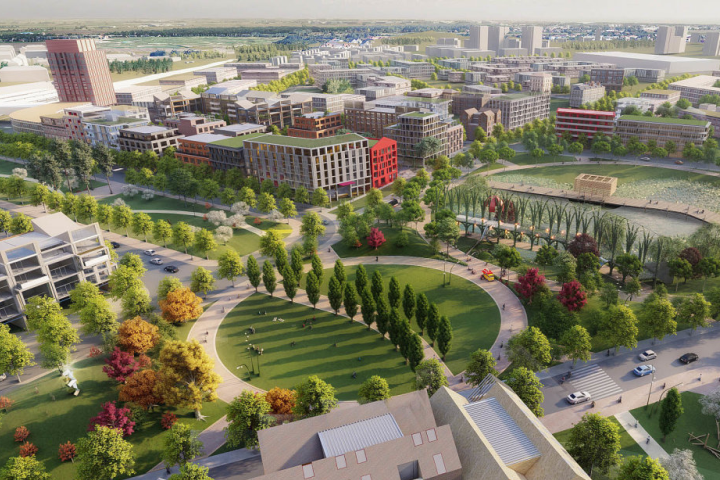 Odien Group is preparing to build an entire neighborhood in Letnany on open fields where there the C line metro now ends. In addition to thousands of new flats, the company is planning new office buildings, retail and services space as well as sports facilities. Its founder Michal Saran claims the project should serve as an example to be followed by other developers in Prague, because it will take into account all aspects of urban life. "We're not thinking just about flats or offices but on all the other aspects of life," he told Hospodarske noviny. "We believe that the neighborhood will help solve Letnany's problems and that it could become the center of northern Prague." He said that besides buildings, it's necessary to build parks where people can spend time moving outside. Saran claims his company is in discussions with a variety of sports associations to prepare facilities for use by the public as well as by amateur teams. Odien's project is being built on 66 hectares of land, making it three times larger than Sekyra Group's redevelopment of in Smichov.