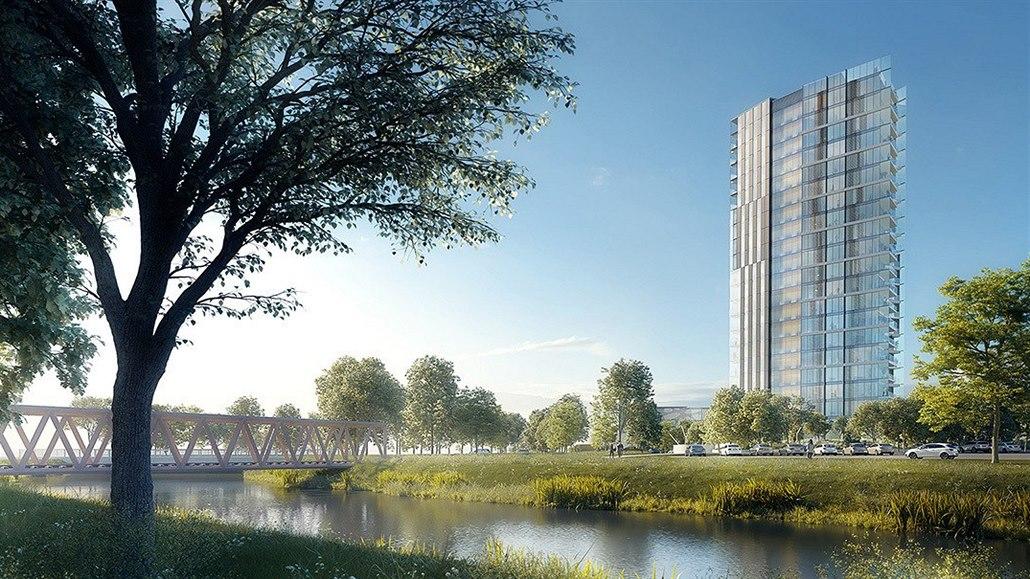 The Olomouc Regional Court will today continue to hear a lawsuit filed by the Ombudsman's Office against a zoning decision for the construction of the controversial Šantovka Tower high-rise building next to the Olomouc Monument Reserve. Due to the lawsuit and the consequent suspensive effect, the investor cannot yet apply for a building permit. The Šantovka Tower has been discussed in Olomouc for years. Monuments and some experts do not agree with it, according to which it would damage the historical panorama of the city. Entrepreneur Richard Morávek is behind the project, according to which the panorama of the center of Olomouc is not endangered.

Former ombudswoman Anna Šabatová filed a public interest lawsuit against the municipality in 2019, according to which officials violated several laws when deciding on the 74-meter-high Šantovce Tower and allowed the location of the building on the basis of illegal binding statements and in violation of the zoning plan. However, before the filing of this lawsuit, the zoning decision came into force, the investor could apply for a building permit and start construction. The Ombudsman therefore asked the court to grant suspensory effect to the action and succeeded.

According to the town councilor Ivana Hučínová, the municipality proceeded correctly, providing all the necessary documents and opinions. The lawyer of the Šantovka Tower project investor claims that the high-rise building does not interfere with any serious public interest. In addition, the Ombudsman did not carry out the usual inquiries and did not invite the municipality to comment and submit the file.

According to the Ombudsman's lawyer, the project for the Šantovka Tower high-rise building shows considerable suspicion of the systematic bias of the municipality. In 2010, the town hall concluded a cooperation agreement with the investor Šantovka Tower.