Orlen Unipetrol to invest over CZK 30 billion in green projects 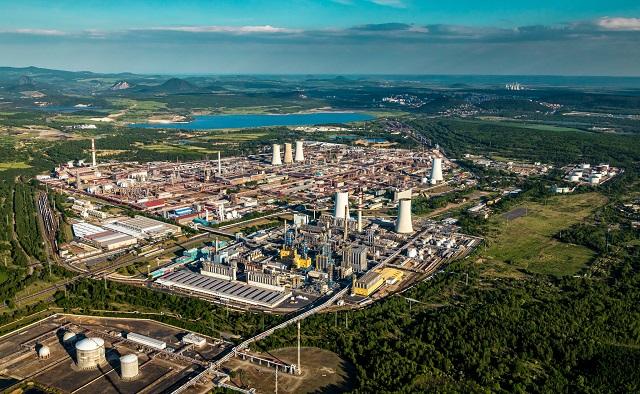 Decarbonisation, higher energy efficiency, emphasis on renewables, plastic recycling, and advanced biofuels are the core development sectors of the ORLEN Unipetrol Group until 2030. Together with its parent company ORLEN, the Group transforms from a traditional petroleum-oriented firm into a multi-energy corporation. The leading projects within this strategy should include the construction of a steam-and-gas cogeneration heating plant and photovoltaic plant in Záluží near Litvínov, enhanced offering of alternative fuels at Benzina ORLEN petrol stations in the Czech Republic and Slovakia, plastic recycling, production of advanced biofuels, and hydrogen infrastructure development for passenger transport, road haulage and railway transport. Digitisation will be implemented where appropriate. ORLEN Unipetrol plans to spend CZK 5 billon on digital transformation and implementing of digital solutions until 2030.

“If we want to change the world, we need to change, too. We see our responsibility for the Czech Republic’s energy future as one of the pillars of the Czech economy. Although crude oil will be an indispensable raw material for years to come - mainly for the chemical industry -, we need to be on the lookout for new, state-of-the-art, and environmentally friendly solutions already now to be able to substitute this dependency gradually. We have a specific plan of activities for the coming decade, and we are even looking further beyond. We want to be absolutely emissions neutral by 2050. This is our contribution to a better Czechia, Europe, and the whole planet,” said Tomasz Wiatrak, Chairman of the Board of Directors of the ORLEN Unipetrol Group.

The global demand for petrochemical products keeps rising, which is why the ORLEN Unipetrol Group sees significant development potential in this segment. It is ready to leverage this potential by producing modern, high-density polyethylene in its new polyethylene unit (PE3) and introducing a new product, dicyclopentadiene (DCPD). It will be produced in a brand-new unit from the end of 2022. With these and other petrochemistry-oriented projects, the ORLEN Unipetrol Group will boost the total petrochemistry production from 0.9 million tonnes to 1.2 million tonnes per year. Plastic waste recycling will account for up to 15 per cent of the total polymer production.

In the energy segment, ORLEN Unipetrol will continue decarbonising its energy sources. It is gradually replacing the existing coal-fired heating plants with new steam-and-gas facilities and solar sources. A projects of crucial potential include the construction of a new combined steam-and-gas source in Záluží near Litvínov, which would replace the worn-out T700 heating plant, the energy heart of the largest chemical site in the Czech Republic. The total annual volume of generated electricity would almost quadruple to 2,500 GWh, which would enable the company to become both electricity consumer and seller.

ORLEN Unipetrol will also develop its activities related to hydrogen as an energy carrier to be used in production processes, the energy sector, and transportation. This year, it will install hydrogen dispensers at the first two filling stations in Prague-Barrandov and Litvínov. Other sites will follow in Brno and Plzeň. By 2030, ORLEN Unipetrol plans to install these dispensers at 28 stations. The hydrogen infrastructure for road haulage will be available in large cities and along the major transport routes in the Czech Republic. All of this will ensure the Czech Republic’s connection to the infrastructure in the neighbouring countries. In Litvínov and Neratovice, ORLEN Unipetrol plans to set up two hydrogen distributing centres and make hydrogen accessible to railway transportation, too. These two sites will also produce zero-emission and low-emission hydrogen. Besides the traditional hydrogen production from oil, the company will also use water electrolysis and membrane electrolysis from chemical processes with the help of renewable energy.