P2: How will the amendment to the developer act affect the Polish housing market? 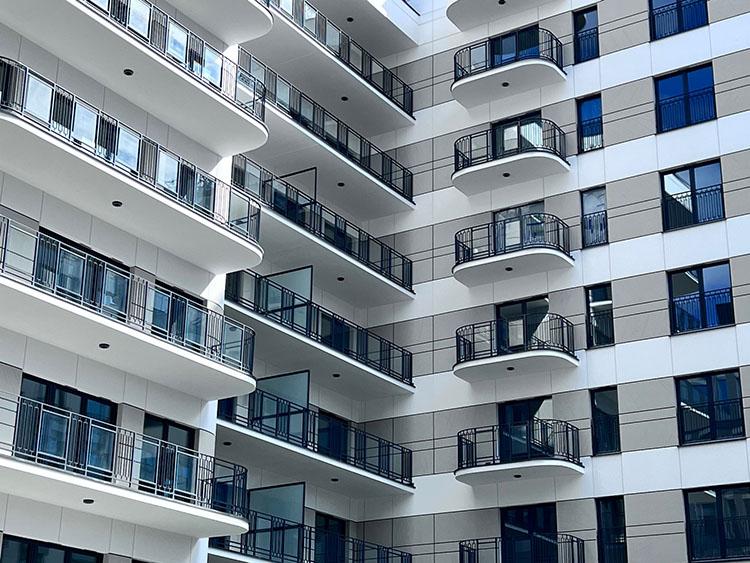 Part 2:
What changes must developers and buyers be prepared for? Will the regulations introduced from July this year translate into an increase in apartment prices?

Katarzyna Suchojad-Stefaniak, director of the legal department at Nickel Development:
The entry into force of the amendment to the developer act will result in a further increase in real estate prices. It is difficult to estimate to what extent the increase is due to this fact, but it is undoubtedly one of its consequences. The most measurable impact on project costs will be the introduction of the need to maintain an escrow account even after the building has obtained an occupancy permit and the need for investors to pay fees to the Developer Guarantee Fund.

On the other hand, the benefit for buyers will be the regulation of the amount of the reservation fee and the fact that it should be transferred to an escrow account for a later purchase. We positively evaluate this type of change, the more that we have been practicing this booking policy for a long time. However, we are concerned about giving buyers the option to withdraw from the developer contract if it is found during the acceptance procedure ioroviding of significant defects in the apartment. While we understand the intentions of the legislator in this matter, we do not approve of the way in which the related provision was shaped. There are no precise definitions or an "expert" in the content of the amendment, for example the stipulation that it may only be a person entered on the list of court experts or a "significant defect". We fear that customers who buy speculatively will use the right of withdrawal as a bargaining chip in negotiations with developers. However, we hope that the market practice will allow us to work out a solution that will balance the positions of the buyer and seller in this matter.

Maciej Ługowski, director of the legal department of Ronson Development:
The new developer law will enter into force in July 2022 and will affect the entire real estate market and its related entities. However, developers will be the most affected. The most important will be the implementation of the Development Guarantee Fund. This is a significant financial burden for developers, which will most likely be reflected in prices. On the other hand, clients will receive additional guarantees, and the purchase of real estate will become one of the safest forms of capital investment. The Development Guarantee Fund, unlike the Bank Guarantee Fund, does not have an amount limit up to which the guarantee is valid. Customers will find there extensive rights regarding, inter alia, picking up the premises. The act will also cover reservation agreements and detailed regulations in this regard. It will also oblige us to expand the prospectus.

Adam Urbański, Sales Director at TDJ Estate:
The amendment to the developer act is intended to improve the effectiveness of the protection of buyers, but it should be noted that, in our opinion, the current regulations sufficiently provide such protection. Undoubtedly, the biggest change to these regulations will be the establishment of the Development Guarantee Fund. Developers will be required to pay an additional premium calculated on the gross price of the premises, i.e. also on VAT and other charges, in the amount of up to 1%. the value of the apartment. Additional new regulations will entail additional conditions that must be met by developers and higher costs. Examples of components of the new act are, inter alia, extended scope of documentation, with which a potential client has the right to read before buying a property, incl. decision on the use permit, certificate of the independence of the premises or the act of establishing its separate ownership, as well as the so-called alleged recognition of defects when the customer accepts the property or the need for the housing developer to maintain an escrow account until the ownership of the last development contract is transferred. Statutory guarantees are additional safeguards and outlays that must be made by the developer to fulfill the obligations of the new ordinance. They can significantly translate not only into an increase in apartment prices, but also into more formalities and an extension of the investment process.

Agata Zambrzycka, Director of Customer Relations at Aria Development:
Some of the changes will only result in an increase in investment costs and the complexity of the entire process, which will certainly translate into an increase in apartment prices. It should be remembered that excessive and unjustified burdens on development companies will have a negative impact on buyers who are likely to pay more for their new premises and collect them later.

Marcin Michalec, CEO Okam:
The regulations significantly strengthen the protection of the rights of buyers of apartments and single-family houses. One of the most significant changes to be introduced by the amendment to the developer act will be the establishment of the Developer Guarantee Fund. It will oblige developers to pay a special premium of up to 1%. the value of the apartment.

Other more important provisions include the procedures for the acceptance of premises, greater formalization of reservation agreements, and changes in the rules for withdrawing funds from escrow accounts. The maximum amount of the reservation fee is to be 1%. the price of the premises. What's more, the information brochures are to be more extensive, including numerous information on, for example, nearby railway lines, transmission networks or airports. From the point of view of individuals, an interesting amendment will be the change in the construction law and the act on spatial planning and development, which are to facilitate the construction of houses with an area of ​​up to 70 sqm.

Sebastian Barandziak, president of the management board of Dekpol Deweloper:
The purpose of the new developer law is primarily to increase the protection of apartment buyers. In the opinion of the author of the draft, the president of UOKiK, the existing solutions do not provide a sufficient level of protection. The proposed changes are revolutionary, both for developers and buyers, and will have a measurable impact on the prices of flats and houses. From 1 July this year. the regulations contained in the regulations will become binding for developers and other entities y related to the functioning of the market, including banks. The biggest change to these regulations will be the establishment of the Development Guarantee Fund. Developers will be required to pay an additional premium calculated on the gross price of the premises, i.e. also on VAT and other charges, in the amount of up to 1%. the value of the apartment. These changes are intended to increase the protection of buyers of premises, but will impose a number of new obligations on developers, who will therefore face an increase in operating costs. This may translate into the prices of the premises.

Source: The survey was developed by the real estate website dompress.pl