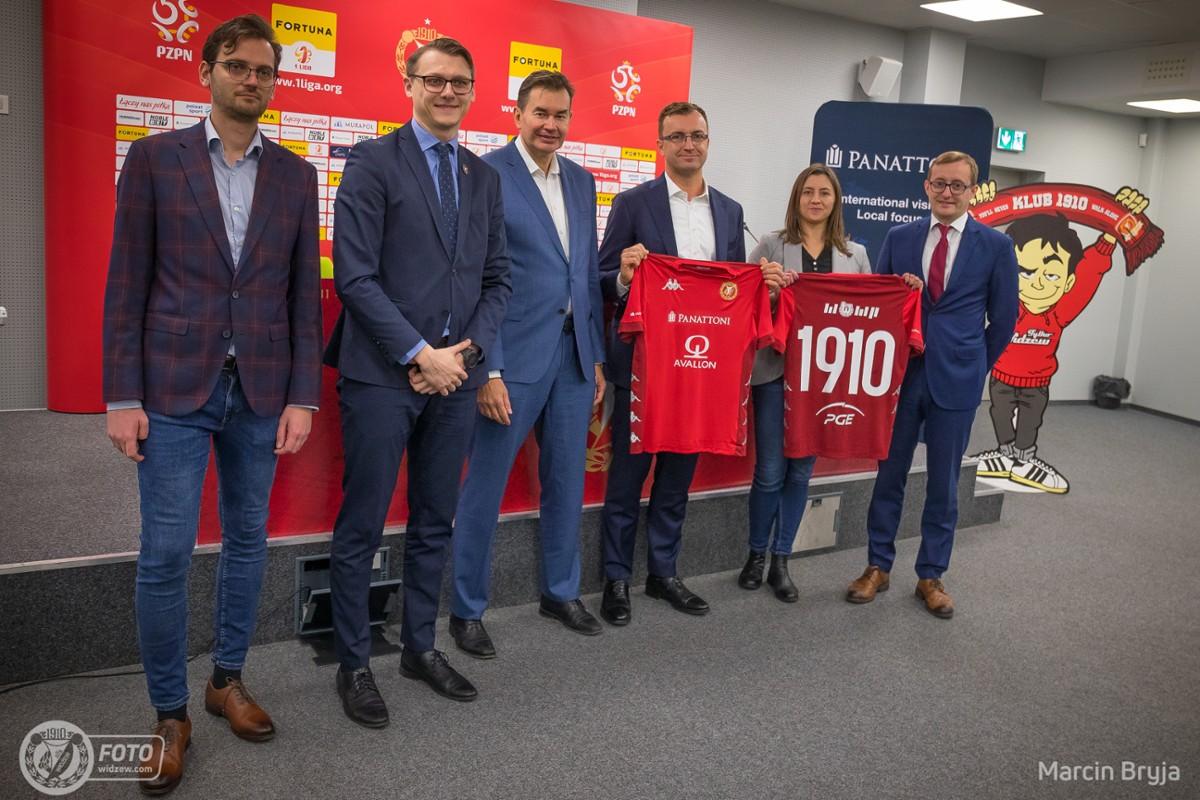 Panattoni has again invested in youth sport and has become the strategic partner of Akademia Widzewa Łódź, the football school of a team that has won the Polish championship four times. Assisting sport in the region goes hand in hand with Panattoni developing its business and the local economy in the region. Since the developer started operating in Łódź and its surrounding region, it has delivered almost 1.7 million sqm and created a growth platform for several dozen, if not hundreds of companies from various branches. As well as investing in Akademia Widzewa, Panattoni is also the main sponsor of the Łukasz Piszczek Akademia BVB in Goczałkowice-Zdrój.

From the new year, the developer will be the club's strategic partner for the academy and, with the help of the international business, it is to become an important resource for the club's main team, driving its future development. By working together with Panattoni, the club will be able to rise a level in both its organisation and its sport. The Łódź team is well on its way to winning promotion to the Polish premier league and the development of its academy will be a key factor when it faces the country's elite. The contract signed by the two parties will last until the end of June 2022 but it includes the option to be prolonged for a further year.

“We have been in Łódź almost since the start of our operations. And, in the region's administrative capital and its surroundings, we have built around 1.7 million sqm of industrial space. On the outskirts of the city, we are investing in the Central European Logistics Hub – a gigantic project that will eventually comprise 600,000 sqm. Already it has reached a size of 400,000 sqm and the centre’s space is leased by companies that are leaders in their sectors including Smyk, BSH, and Media Expert,” says Robert Dobrzycki, CEO & Co-owner of Panattoni and he adds “With our investments, Łódź continues to develop but we also believe that it deserves a football team that can compete at the highest level in Poland and then go on to proudly represent our country in the European arena. For this reason, we are backing Widzew, a legendary team that has won the Polish championship four times, was a semi-finalist in the European Cup and is also one of two Polish clubs – the other being Legia – that has taken part in the play-offs for the UEFA Champion’s League. We believe that our support will provide Widzew with an important link to its days of glory.”

“One of my priorities over the last few months has been to build up the ladder of sponsorship both for Akademia Widzewa and for its main team. Now it is my pleasure to welcome Panattoni as one of our partners. This is a great honour for us and a mark of trust that such a brand that is well-known both in Poland and across the rest of Europe has decided to work so closely with us at Widzew Łódź. This is the result of our hard work, long meetings and negotiations, which as I have often pointed out, we don’t often talk about. I hope that, together, we can bring our academy up to an even higher level in both its organisation and its sport,” adds Michał Rydz, vice-president at Widzew Łódź SA.

The support of Akademia Widzewa is not the first investment Panattoni has made in young football talent. The developer is also the Main Sponsor of the Łukasz Piszczek Akademia BVB in Goczałkowice-Zdrój. The company has been working with the school for two years and over that time it has helped it to improve its sporting facilities. With Panattoni's involvement, the sports fields were rebuilt, the recreational space was transformed, changing rooms were built, and facilities were provided for a physiotherapy and rehabilitation room. And additionally, an outbuilding was constructed. The Panattoni Arena facilities are also used by the adult LKS Goczałkowice-Zdrój team, which includes Łukasz Piszczek. He has played internationally for Poland 66 times.