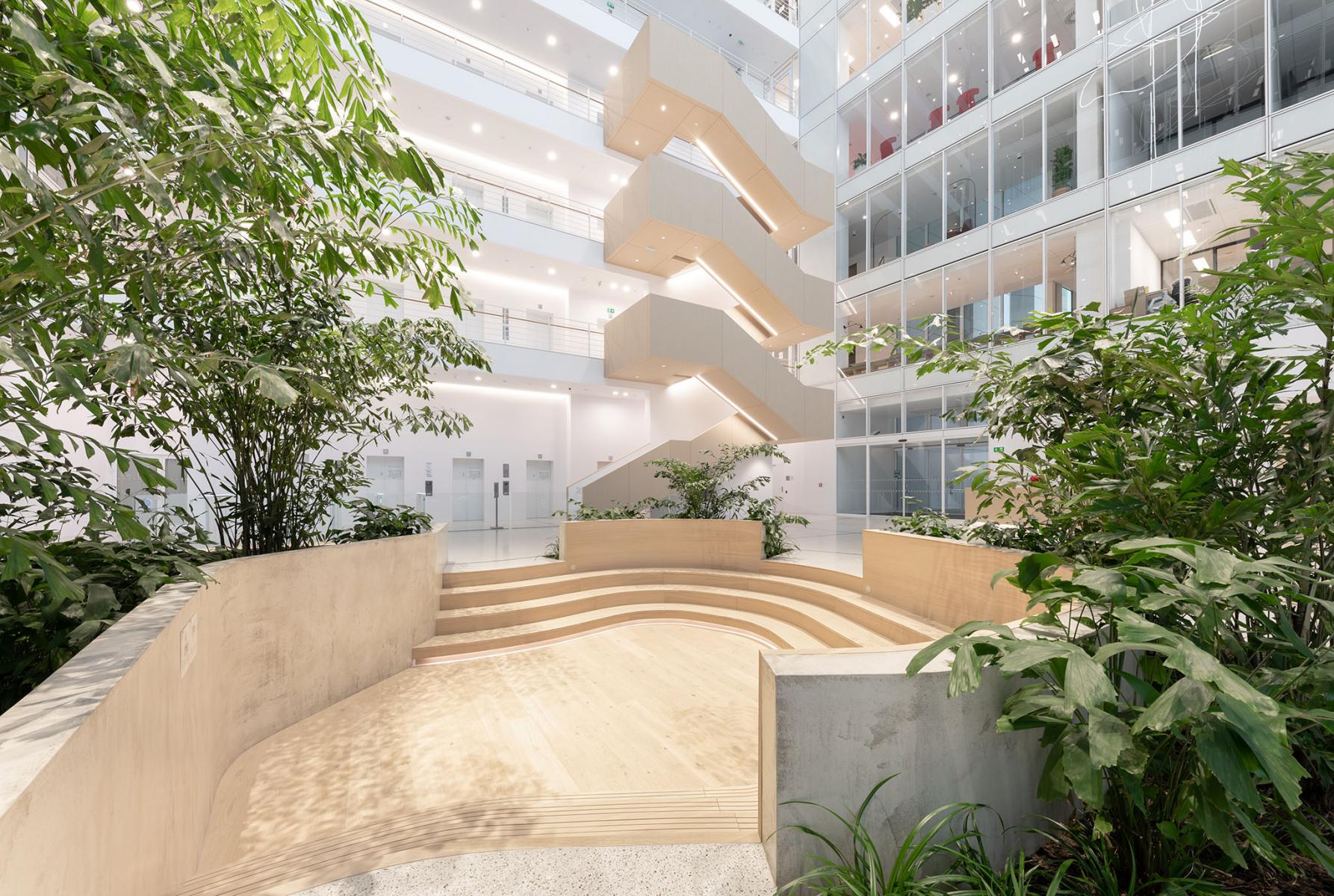 The Parkview office building in the Pankrác district of Prague has been awarded with the prestigious WELL Certification. This system of accreditation assesses the impact on the physical and mental health of people using the building. Parkview is the third project on the Czech market to have been obtaining this certification and Skanska is responsible for all of them.

Thanks to it having been awarded Gold level WELL Core & Shell Certification, Parkview, the office building in the Pankrác district of Prague, which was completed last year, has gained a unique position on the market. It is the only building on the Czech market to have been obtaining a combination of three prestigious certificates, these including also a WELL Health-Safety Rating, modified specially to suit requirements relating to the coronavirus pandemic, and LEED environmental certification, ranking it among the greenest buildings in the world. With 97 points in LEED certification, the project is the second most sustainable office building in the world which was completed last year.

“For us, WELL Certification is acknowledgment of the fact that we are successfully managing to build office buildings in such a way that people feel good there and the space has a beneficial impact on their health. Parkview is already our third project to have achieved this successful certification in a short period of time. In view of the current situation, the aspect of having a healthy workplace is a major topic at the moment and I believe that the strict criteria will become the standard for more and more new buildings just like it is in ours,” says Eva Nykodymová, Commercial Development Sustainability Manager at Skanska for the Czech Republic and Romania.

The evaluation committee rated the Parkview building in several categories. It for example praised the fact that stringent checks were made on all materials used during construction from the point of view of their content of volatile organic compounds. Checks were also made on use of dangerous chemical substances such as lead, mercury or polychlorinated biphenyls, as well as management of pesticides. The building designed by the famous New York architectural studio Richard Meier & Partners Architects also gained plus points for the healthy entrance to the building which includes cleaning zones and a ban on smoking in the vicinity of the building.

“The committee also notices aspects such as quality of water and access to natural daylight, these being things which emphasis was placed on while we were designing Parkview. I am happy that we also did well in categories providing support and motivation for healthy eating and physical activity. Associated with this are the premium facilities for cyclists who can, among other things, take advantage of changing rooms with showers in Parkview, as well as facilities for bicycle repairs. Within the framework of innovation, we have also certified credits resolving hazardous waste or measures to counter the spread of odours.” adds Eva Nykodymová.

Another aspect which the WELL committee evaluated is visually pleasant surroundings and incorporation of greenery. At Parkview, this is among other things ensured by a relaxation zone in the atrium surrounded by fully-grown trees and a unique 16 m chandelier designed by the Czech designer Marek Číhal. The building is situated right next to a park which means that it offers views over the surrounding greenery, including views from the roof terraces which can be accessed by all tenants.

The first office building in the Czech Republic and Central Europe to be awarded WELL Core & Shell certification in April 2019 was the Visionary building by Skanska. The company’s next building, Praga Studios in Karlín was subsequently awarded Gold level WELL certification. Both buildings also obtained the above-mentioned LEED environmental certification on Platinum level, thanks to which they and Parkview rank among the top sustainable office buildings in the world.

WELL is grounded in a body of evidence-based research that explores the connection between the buildings where we spend approximately 90 percent of our time, and the health and wellness impacts on the people inside these buildings. To be awarded WELL Certification by IWBI, Parkview underwent rigorous testing and a final evaluation carried out by Green Business Certification Inc. (GBCI), which is the third-party certification body for WELL, to ensure it met all WELL Certified Gold performance requirements.