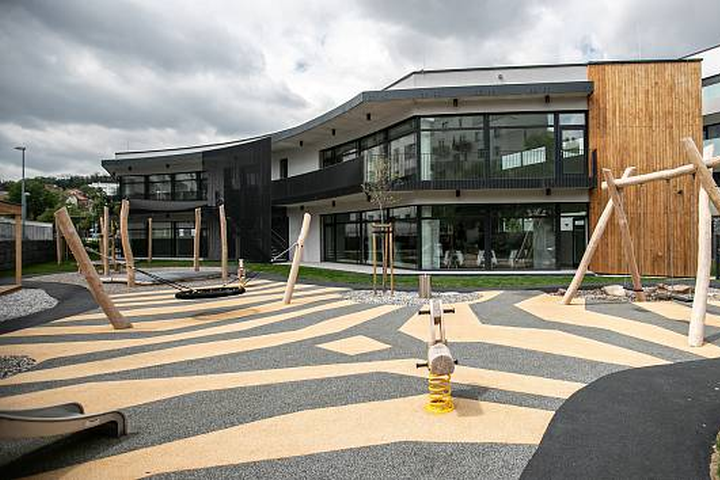 Penta Real Estate has handed over a new kindergarten to the municipality of Prague 5, part of the growing Waltrovka district where it's already built a new business park with several office buildings and new a residential area. The district's mayor Renata Zajíčková said that 72 children will attend the school in the fall and that registrations were already underway. The building, which has the shape of a half-moon, was designed by architects at the S.H.S. Architekti studio. Prague 5 has a 15-year lease for the building, for which it will pay nothing, but it expects to buy the building before that lease expires. It will be available to all members of the public, including families that move into 700 new apartments and family homes Penta Real Estate has built in the first phase of the Waltrovka project.