PFR: After loosening the restrictions, we will carefully withdraw from aid 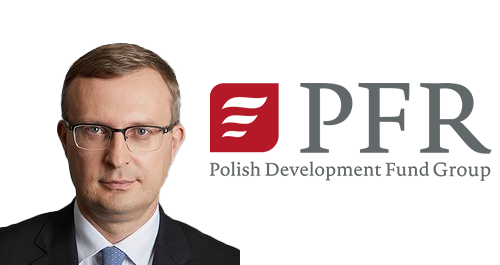 As the restrictions are loosened and companies return to normal operation, the Polish Development Fund (PFR) plans to carefully withdraw from public aid granted to entrepreneurs during the lockdown, Paweł Borys, the president of PFR, informed. However, he assured that the aid for large companies would be continued until the end of June and assessed that guarantees of Bank Gospodarstwa Krajowego (BGK) facilitating access to loans by companies should be maintained at least until the end of the year.

"If these next shields are not extended, it is [important] that it is done gradually. Until June, we at the Polish Development Fund will provide aid and support to large enterprises in terms of liquidity loans or preferential loans. that this [withdrawal from the support provided during the pandemic] does not happen overnight, but that this aid is withdrawn gradually "- said Borys on radio TOK FM.

"For example, guarantees from Bank Gospodarstwa Krajowego, which make it easier for companies to access credit, should be made available in their current form at least by the end of this year," he added.

He estimated that there was a real prospect of an end to the pandemic, but - as he emphasized - companies will still need funds to return to normal functioning.

"We are still in such a sensitive moment, because on the one hand we can see the real prospect that this is the last straight of the pandemic and that indeed companies will return to normal activity, such a scale of public aid will not be needed, but on the other hand, we also need to be careful with this help. withdraw from the public, so that it would not be premature, but that companies would maintain employment and would not have liquidity problems "- he added.

Currently, PFR has begun to cancel the subsidies granted under the financial shield 1.0. Over 340 thousand may benefit from the redemption. companies, in the case of some of them, the amortization may be up to 100%.