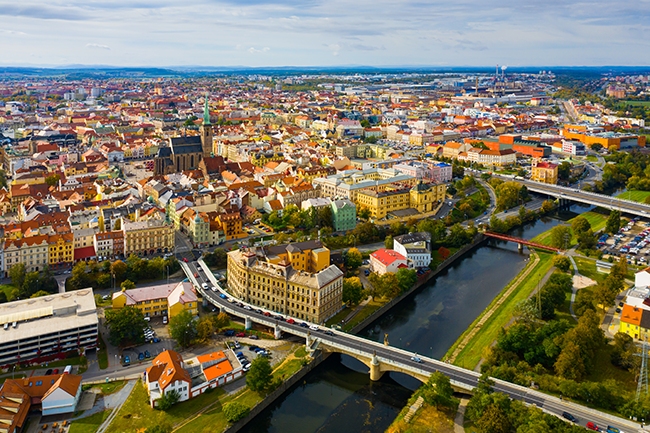 Pilsen has approved a new concept for the development and renewal of the city center, covering areas of approximately 200 hectares. By creating conditions for possible new development, the town hall mainly wants to increase the number of permanent residents in this part of the city. He also proposes to calm car traffic and improve public spaces for leisure. It also creates conditions for facilitating the movement of pedestrians within the center, and in relation to the surrounding area, rivers and further into the countryside, says Deputy Mayor Pavel Šindelář (ODS).

The document, which updated the material from 2010, proposes the vision of the center for the next more than ten years and the process of renewal. The central area is defined according to the localities determined by the city's zoning plan and, in contrast to the 2010 document, it has been extended to include the U Škodovky, Jíkalka and Hamburk localities.

The basic problems of the center include damage, when in more than a fifth of the territory, the development is either completely missing or inadequate. With the exception of the historic core, the quality of public spaces is also very low. According to the deputy, these are the main causes of the low population density of the center, which is less than 50 inhabitants per hectare. The average in the city is more than double. The municipality therefore wants to motivate private investors in particular to stop the gaps in the center. The city itself no longer has much free space there.

"The document addresses in detail, for example, population density, built-up area and the condition and potential of public spaces. It will be a treasure for the city administration when deciding on project and strategic management. It shows the direction of further work with the center in the future," said Šindelář. The document shows that, for example, the adequacy and extent of the development in front of Komerční banka and in the gap in Křižíkovy sady, in the entire area of ​​which public space is proposed, will be examined.

The proposed area measures focus, for example, on urban furniture, art in public spaces and cycling. For example, a cycling line, the so-called greenway, is proposed along the right bank of the Radbuza on already built cycle paths with the possible use of the planned new footbridge against U Lázní Street. The individual measures then only apply to smaller sites, streets or building blocks.