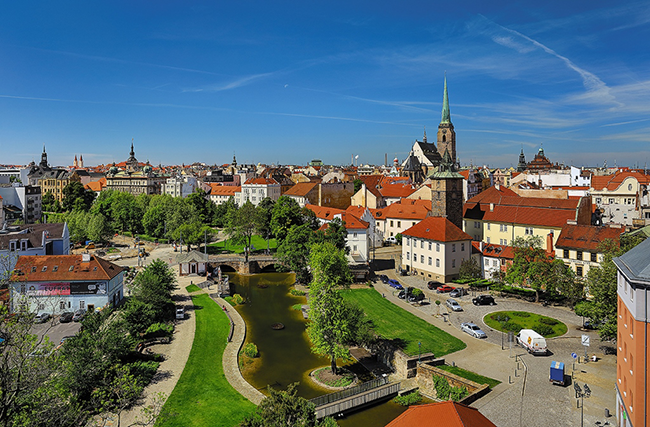 Representatives of Pilsen today agreed by a majority vote to sell city land on the edge of the popular Borsky Park to developer Roman Kreuziger Sr. The former cyclo-cross racer wants to build an apartment building with 52 flats at the final trolleybus line 16, at the former collection yard. The local people oppose the plan, while the opposition Pirates in particular opposed the sale.

It was once decided by the city to build on land on the very edge of the park, because it was originally planned to build a home for the elderly there so that they have a view directly into the green park and so that they have an easily accessible park. However, this later came to an end, warned the opposition People's Party Petr Náhlík. The city promised Kreuziger the intention to sell the land four years ago and concluded a lease agreement with him. Last year, at the end of the year, his project received a final zoning decision. However, local civic initiatives did not agree with the intention. There was also a petition. For example, people did not like the thickening of construction and also the planned felling of dozens of trees. Opposition representative Jiří Lodr (KDU-ČSL), for example, also opposed the felling of trees.

The pirates argued against the sale, among other things, with approved regulatory conditions for the territory. The previous council agreed in 2017 that the future apartment building will have only five floors, said Daniel Kůs (Pirates). However, the submitted project finally has a sixth receding reduced floor. The technical authorities of the city admitted this and according to the submitter of the proposal for the sale of land, Councilor for Property and Flats David Šlouf (ODS), this difference compared to the regulatory conditions is seen as a slight difference.

The city will sell land with a total area of ​​3162 square meters for 19.9 million crowns, with VAT, the total purchase price is 24.1 million crowns. The pirates also objected that the sale of such attractive land in the immediate vicinity of the park for CZK 6,300 per square meter is low. However, Šlouf objected that the price was usual, determined by a proven expert, with whom the city had already cooperated several times.

Another of Kreuziger's projects is also opposed. For years, he has been striving for the construction of wooden buildings scattered on land that he bought in 2015 in Zhůří, Šumava. Not only the national park, but also environmental organizations opposed the building in the former village, which disappeared in the 1950s. According to them, abandoned plateaus near Zhůří are very valuable and the buildings would affect and damage habitats protected by the Natura 2000 system and especially protected species of plants and animals.