Pilsen, pilots and citizens demand clear data and studies on the gigafactory in Lini 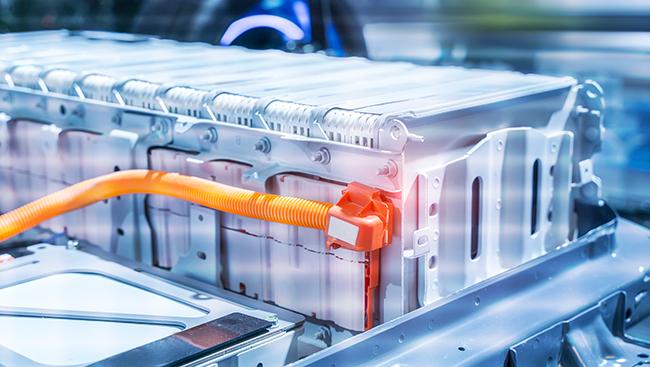 The leadership of the city of Plzeň is demanding data and studies on the impact on the region from the government and the Ministry of Industry in order to make informed decisions about the construction of a Volkswagen factory for electric car batteries in Líně near Plzeň. The Pilsen management told representatives of the STOP Gigafactory association and aviation schools at the reserve army airport today. The same demands are made by the association, the pilots and the surrounding municipalities, who say that awareness of the project has not yet improved. All stakeholders agreed that the investment would significantly change the entire agglomeration. According to the mayor of Pilsen, Roman Zarzycki (ANO), the project is interesting, but not for the Pilsen region.

The eventual construction of the so-called gigafactory on 185 hectares could start in the third quarter of 2024 and the factory could be producing in 2027. The gradual creation of more than 4,000 skilled jobs is envisaged, Škoda Auto board member Martin Jahn said some time ago. The value of the factory is expected to be CZK 120 billion.

"Representatives of Pilsen understand the attitudes of local citizens and the opposition to the gigafactory project. They also perceive the importance of the project for the republic and the region. They promised us that they will consistently represent the interests of the citizens," said Luděk Kraus, a representative of the pilots. According to him, they all lack good data on the project. "The information is a lot and confusing. Today, for example, I learned that even in the government each minister said a different number about the number of employees who should work here. And the fact that the army's position has been put under classified mode also raises a lot of question marks," he said. To this day, Kraus also said the shape of the gigafactory is still unknown and it is not clear why it should be in Lini. "I don't think they looked well, there are other 200 hectares in the country where they can find other sites where they don't have to destroy infrastructure," he said.

According to Karel Vodička from the STOP Gigafactory association, information reaches the public only through the media. "We lack better communication from the government. The project is not well prepared," he said. If the government has decided to have the factory in Lini, they want to know its shape, its impact on the environment, transport, employment. According to Vodička, no one also knows whether there can be an airport next to the factory. "The elimination of the airport does not make sense to us. We are concerned that it might be contrary to the security interests of the state, especially nowadays," he said. He assumes the military wants to keep the airport.

Pilsen Mayor Zarzycki is also in favour of preserving the airport. "I stand unequivocally on the side of not disturbing and preserving the airport. Something big will have to happen for anyone to ever convince me to change that opinion. So far nothing like that has happened, we have not received any valid arguments from the MIT working commission, nor from the meeting at the Government Office called by the Prime Minister last week," said the mayor.

"There are an awful lot of unanswered questions, and that's why it's crucial for us to gather information now. That is why we are here, that is why we are waiting for information from the MIT. We have not yet received a definitive number of potential employees, which is a crucial thing for the citizens of Plzeň," said Deputy Mayor Pavel Bosák (Piráti). The city also does not know the requirements for water, energy and others.

At yesterday's meeting, the mayor said that on Tuesday he held talks with large employers from the region, who said they do not support the gigafactory in Líně. "They said it would upset the job market, there is very low unemployment, both in Pilsen and in the region. They wanted us to protect the labour market and resist the demand to build a gigafactory," he said. According to the mayor, this is an interesting project, but not for the Pilsen region. There are localities that would welcome it more, such as the Karlovy Vary region, where there are personnel resources and they have the infrastructure ready, he said.

Last week, the government promised to commission a study on the impact of the factory's construction on the region, which the region and the city have requested. That cannot be done by the end of the year, when VW is due to decide whether to build the factory in the Czech Republic, Poland or Hungary, according to city and pilot association representatives.

"It's impossible to prepare a high-quality, informed study in two months," Kraus said. The aviation schools said today that they had obtained a comprehensive study on electro-mobility in the Czech Republic from consultancy firm Deloitte, prepared in September 2021. "It describes the importance of electric car production and gigafactories for the Czech Republic. Its conclusion is that a suitable region for investment is the Ústí nad Karlovy Vary region," he said.