PIU / Deloitte: 71% of Poles fear the unavailability of medical care 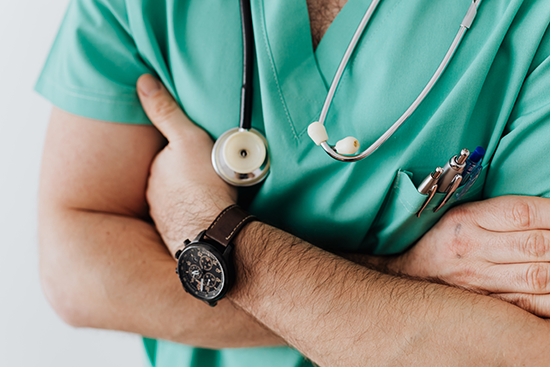 One of the most serious concerns of Poles is the lack of access to healthcare. In February this year. This was declared by 71% of respondents, compared to 66% in the first wave of the survey - before the pandemic, according to the report of the Polish Insurance Association (PIU) and Deloitte.

When creating the "Map of the risk of Poles", PIU conducted two waves of research - the first in February 2020, a few weeks before the introduction of the lockdown in Poland, and the second study took place in February 2021, after almost a year of living with a pandemic. In both surveys, PIU asked about the same types of risk and their perception.

The map shows what Poles are most afraid of and what negative events they consider to be the most likely in their lives. PIU compared these concerns with insurance needs.

The Top 10 concerns of Poles show that most concerns concern the death of loved ones or health - more relatives than our own. Car accident is 8th out of 40 concerns. The top 10 also includes two issues related to weather hazards - global warming and hurricane / strong winds.

"For us, the main conclusions of the study are primarily that the financial effects of all the most important concerns of Poles can be insured. Of course, it is not possible to protect the mere fact of an event, but at least this financial burden can be removed with insurance. The second observation is that despite that we are afraid of such things, even though we are talking about the fact that insurance is useful when things happen in life, there are several segments in our concern where the propensity for insurance is low and there is still a lot to be done. The observation is that some of our fears can be reduced by our behavior - these are the risks that arise because we misbehave," said PIU analyst Marcin Tarczyński during an online conference.

According to the report, 83% of Poles believe that insurance is useful when bad things happen in life. During the pandemic, the percentage of people who thought so increased by 5 percentage points. On the other hand, 87% of Poles are afraid of a serious illness of the closest person, 85% are afraid of their death (an increase by 4 percentage points y / y in both cases), while the fear of cancer was demonstrated by 81% of respondents.

The greatest concerns of Poles concern health and access to medical care - as many as 71% of Poles fear the lack of access to it. During the year - starting from February 2020, this percentage increased by 5 percentage points.

"It was the largest increase in concerns about diseases and health in the PIU study. This is also confirmed by OECD data, which shows a relatively low number of doctors per 1,000 inhabitants compared to other European countries. Also, according to the opinion of service providers, the COVID-19 pandemic exacerbated problems with the availability of services. already existing in the health care system, according to the report.

PIU emphasizes that the premium for private health insurance per Pole is EUR 6 per year, while the average for Insurance Europe countries is EUR 245.

The PIU survey also shows that 70% of respondents are afraid of a car accident, and 43% consider it probable in their life.

"In 2011-2020, insurers liquidated 18.5 million motor claims and paid PLN 116 billion in claims. We remain at the forefront of Europe when it comes to fatal accident victims. For years, we have been proposing to link TPL rates with fines and penalty points. to improve road safety, because some drivers, driving dangerously, would change their habits, having in mind the prospect of paying a higher premium from civil liability insurance," said the president of PIU.

The respondents consider the negative effects of climate change (47%) to be more and more likely, while 54% of the respondents fear a hurricane / strong wind. These fears are higher for people living in rural areas and smaller towns due to weaker infrastructure and lower financial resources.

"Insurers can be an element of the climate risk management strategy, but they cannot replace this strategy. It can be seen with the naked eye that ill-considered and dense development causes more and more unfavorable phenomena, e.g. urban floods. Insurers are able to provide financial protection to the victims, but a good strategy and planning would avoid a lot of weather damage," said Prądzyński.