PKP Intercity to have nearly 59 million passengers in 2022 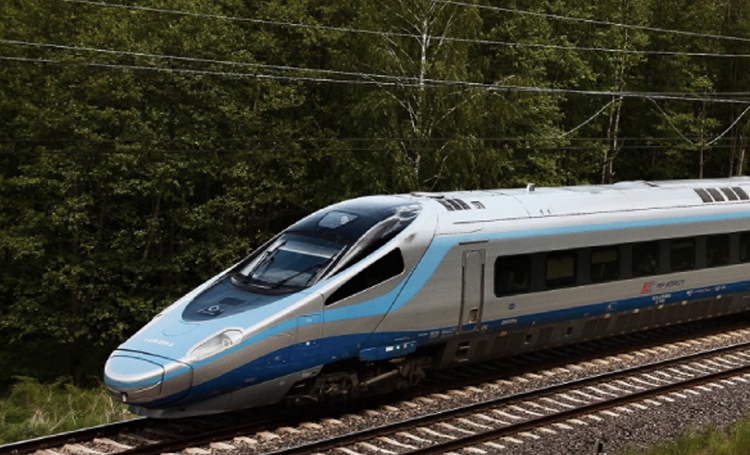 PKP Intercity is expected to have nearly 59 million passengers in 2022, up from nearly 49 million in the record year so far in 2019, the carrier said.

"We have been rebuilding the role of railroads in Poland for several years now, and the past year recently showed that we are on the right track to achieve our goal of making train travel as popular as possible. The record results are a source of pride for us, as well as an expression of confidence on the part of travelers. However, we are not resting on our laurels and are rolling up our sleeves for further hard work. We hope to significantly improve the 2022 result in the coming years. Among other things, we will be helped by multibillion-dollar investments in rolling stock, as well as in infrastructure. Thanks to them, the fashion for rail will become even more widespread," said CEO Marek Chraniuk.

The first monthly freight record was already set in May, when more than 5.26 million people traveled with PKP Intercity. The following months saw a continuation of the upward trend in train attendance: in June, nearly 5.5 million travelers traveled with the carrier, while in July, nearly 6.5 million. In August, even more people used the carrier's services - more than 6.5 million. Thus, August 2022 became the month with the highest attendance in PKP Intercity's history, it was recalled.

Equally a year ago, at the beginning of January 2022, PKP Intercity announced the expansion of its development and investment strategy with an outlook to 2030. The funds the company will invest by the end of this decade have increased from PLN 19 billion to PLN 27 billion. By then, PKP Intercity's fleet will have been largely replaced, with all of the carrier's vehicles either new or modernized. To achieve its goals, PKP Intercity signed contracts last year for modernization as well as the purchase of modern rolling stock with a total gross value of more than PLN 1.4 billion, it was reported..

At the beginning of April 2022, the national carrier signed a contract with Poznań-based H. Cegielski Railway Vehicles Factory for the modernization of 90 railcars, which, once completed, will run as second-class compartment cars on InterCity category trains. The value of the order is nearly PLN 495 million gross. Another step in strengthening PKP Intercity's wagon fleet was the signing of an agreement with PESA Bydgoszcz in September 2022 for the modernization of 59 cars of the 152A and 154A series. Completion of all work will close in the gross amount of PLN 376 million, and the vehicles after modernization will offer travelers numerous amenities. The Bydgoszcz-based manufacturer will also produce for the national carrier 16 new diesel-electric locomotives with a maximum speed of 160 km/h in electric traction and 120 km/h in diesel traction. The value of the contract, which was signed in October 2022, is PLN 554.6 million gross, PKP IC lists.

PKP Intercity announced in November the largest rolling stock tender in its history in terms of the number of vehicles. Upon completion of the order, the carrier's fleet will expand by 300 new railcars, with the right of option allowing the purchase of an additional 150 vehicles. The purchase will bring a new standard of design and travel comfort to PKP Intercity's offerings, it was also reported.

In addition, last year PKP Intercity closed with the largest IT investment in its more than 20-year history. This is because the carrier signed three agreements that will allow travelers to buy train tickets in a brand new Internet sales system. The first agreement is for the e-IC 2.0 Internet sales system, while the second and third deals with licensing, implementation and maintenance of the new Central Sales System and reservation service. PKP Informatyka will be the contractor for the systems, and the total value of all contracts is more than PLN 143 million gross. It is planned to make the e-IC 2.0 system available to passengers in the last months of 2023, and they will be able to use the full functionality of the new system in the last quarter of 2024.

PKP Intercity is Poland's largest long-distance rail carrier. In 2021, it had about 35.5 million passengers, an increase of nearly 9 million year-on-year.