PMI index for Poland increased MoM to a record level of 59.4 points in June 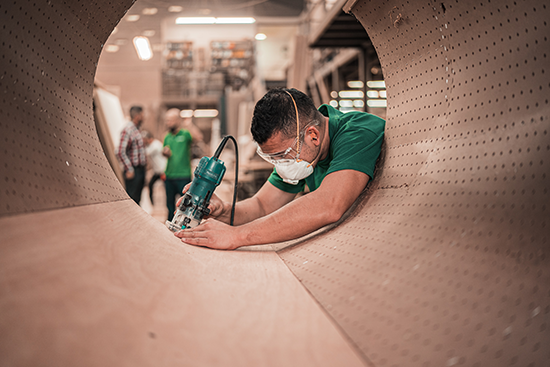 The Markit PMI Purchasing Managers' Index of the Polish industrial sector rose to a record 59.4 points in June 2021 from 57.2 points a month ago, reported Markit, a specialist economic research provider.

The PMI trend in Q2 remained at 56.8 (the highest in the survey history). Production cost inflation and finished goods inflation are at record levels.

According to the latest PMI survey results, in June the economic conditions in the Polish manufacturing sector improved again. The pace of expansion in the industry reached a record value for the second month in a row, and the level of production backlogs increased at an unprecedented degree. New orders increased at the fastest pace in the history of the research, driving production, employment and purchasing activity growth. The latest data also showed unprecedented inflationary pressures and unprecedented delays in the supply of inputs to Polish factories.

PMI has seen an increased influx of new orders fueling record backlogs spike and delivery times are lengthening to an unprecedented degree.

"In June, the Polish PMI recorded a new record (59.4), signaling a strong rebound in the manufacturing sector caused by the relaxation of restrictions and increased demand due to the opening of new branches of the economy. Readings of all sub-indexes positively influenced the result of the main index. New orders increased at the fastest pace. for more than seven years (third highest figure in research history). Despite accelerating production and employment growth, backlogs increased at an unprecedented pace in June. June data signaled record delays in deliveries, triggering another increase in demand for inputs. As a result, the pace of cost inflation was record high, which also led to record inflation in the prices of finished goods," Markit economist Trevor Balchin commented on the results of the study.

The value of the index exceeding 50 points means an increase in industrial activity, and below this threshold - a decrease in activity.