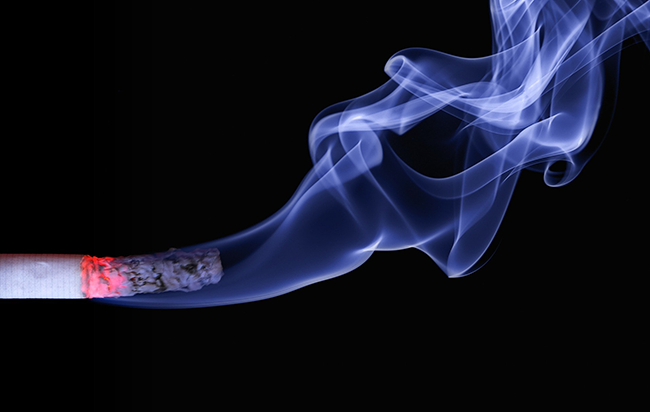 The increase in the quota rate for both regular cigarettes and warming tobacco should be equal to 10%, and the increases should be introduced for all tobacco products at the same time, i.e. from January 1, 2022, believes the Federation of Polish Entrepreneurs (FPP). The resignation from approx. PLN 135 million of potential revenues from the drastic increase in excise duty on innovative products is repeatedly compensated by approx. PLN 1.25 billion of additional revenues resulting from the increase in the quota rate on traditional products as early as 2022.

The Ministry of Finance presented a draft amendment to the excise duty act - specifying changes in the excise duty level, among others for tobacco products for a period of 6 consecutive years, until 2027. According to FPP, the biggest drawback of the presented draft is the unequal treatment of different groups of tobacco products - from January 1, 2022, specific excise duty on heating tobacco is to increase by 100%, while specific excise duty on ordinary cigarettes will increase by 10% and from 2023 On the other hand, cigars and electronic cigarette liquids have been exempted from excise tax increases. The nicotine sachets, on the other hand, were not subject to excise duty at all.

The Federation of Polish Entrepreneurs (FPP) considers it necessary to modify the assumptions of the proposed amendment to the excise duty act.

According to the PPF proposal, the state budget would gain PLN 3.1 billion already in 2022, i.e. PLN 1.1 billion more than under the current shape of the proposed amendment.

The resignation from approx. PLN 135 million of potential revenues from the drastic increase in excise duty on innovative products is repeatedly compensated by approx. PLN 1.25 billion of additional revenues resulting from the increase in the quota rate for traditional products as early as 2022. Such a solution would provide public finances with stable financing of their needs. budget related to removing the effects of the pandemic, while bringing positive health effects, according to the FPP position.

These health benefits for society would also reduce the burden on the public health system associated with treating diseases caused by smoking, it noted.

"It is difficult to understand the motives behind such a different treatment of various product groups by the project promoter, who focuses the planned increases on only one of them. It is even more surprising as more and more scientific studies indicate a lower harmfulness of using tobacco for heating compared to smoking traditional cigarettes -" which is confirmed by the decisions and statements of public institutions from, among others, the United States, Great Britain, the Netherlands, Japan and New Zealand.Also studies by Polish scientists from the Polish Academy of Sciences have shown that treating human bronchial epithelial cells with particles from cigarette smoke causes much stronger changes related to cell damage than treating them with the same concentration of aerosol from the tobacco heater. The excise tax fulfills two roles. It provides income to the state budget, but also, what is no less important, is a very important element of the state's health policy," believes the chief economist of the Federation of Enterprises ębiorców Polskich, Vice-President of the CALPE Legislative Analysis and Economic Policy Center Łukasz Kozłowski.

As he emphasized, in its current form, the act in fact discourages smokers from looking for less harmful alternatives to cigarettes, and thus condemns them to continue smoking the most harmful type of tobacco products, i.e. cigarettes.

"As a consequence, this leads to an absurd situation - users of heating tobacco will pay a higher excise duty in order to finance the treatment of people who were convinced by the state's excise policy to continue smoking ordinary cigarettes," Kozłowski also noted.

As FPP points out, the supporters of the draconian excise tax increase on heating tobacco, completely ignoring this health aspect, promise the Ministry of Finance that thanks to this, the state budget will gain up to PLN 1.5 billion a year. Meanwhile, in the regulatory impact assessment for the latest draft, the Ministry of Finance admitted that the total revenues from excise duty on e-liquids and heating tobacco amounted to a total of PLN 100 million over 6 months of 2021.

Even assuming very optimistic assumptions, it can be estimated that doubling the amount of excise duty on heating tobacco will bring the budget about PLN 150 million per year. This means that the policy of a radical increase in excise tax on heating tobacco will not only adversely affect the implementation of the health goals of the state , but also will not significantly improve the state of the state budget. Additional revenues should therefore be sought elsewhere, the FPP summarized.